Four Barcelona Players Fighting to Stay at the Camp Nou 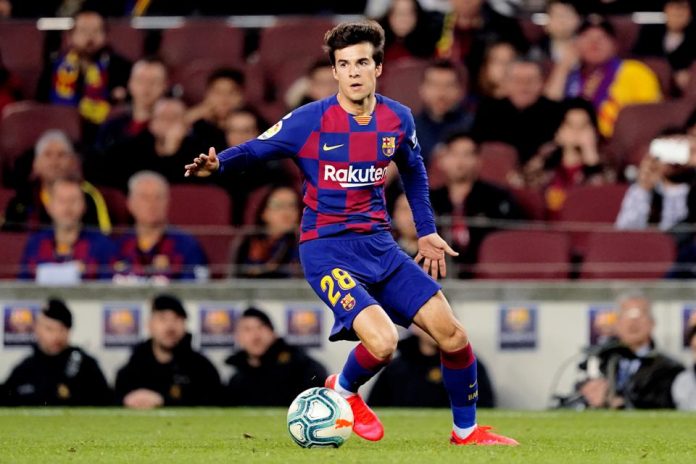 Spanish publication Marca reports that four players are fighting to prove their worth to Barcelona manager Ronald Koeman ahead of the upcoming January transfer window.

It’s been a mixed return to the Camp Nou for Koeman. He has won four out of four in the Champions League, including an impressive 2-0 away victory against Italian giants Juventus. However, their La Liga form has not been so tidy, currently sitting in seventh place.

It was a long summer of chopping and changing at Barcelona, with the likes of Luis Suarez, Arturo Vidal, Ivan Rakitic, and Arthur all being let go.

Puig made his breakthrough last season under Quique Setien and produced a number of dazzling displays at the heart of midfield after the restart. The 21-year-old became a popular figure among the fans during this time.

However, Koeman has not taken much of a liking to him, giving him just three league minutes all season. The young Spaniard has been linked with a loan move to Marcelo Bielsa’s Leeds United.

Alena spend the second half of the last campaign on loan at Real Betis. He has also struggled for game time this term, although he did start in the 4-0 away triumph against Dynamo Kyiv.

Similarly, Firpo’s only start this season came in the win in Ukraine. The Spain under-21 international missed the opening stages of the season through injury and has not come close to dislodging Jordi Alba from the starting XI. However, Firpo has age on his side, being seven years younger than Alba.

Meanwhile, Martin Braithwaite’s recent form may have given him a lifeline at the Catalan giants. From his two starts this season, he has scored three goals and recorded an assist.

The Danish forward was controversially brought in from Leganes outside of the transfer window, after Barcelona were given permission to sign a new forward following several injuries to their frontline.