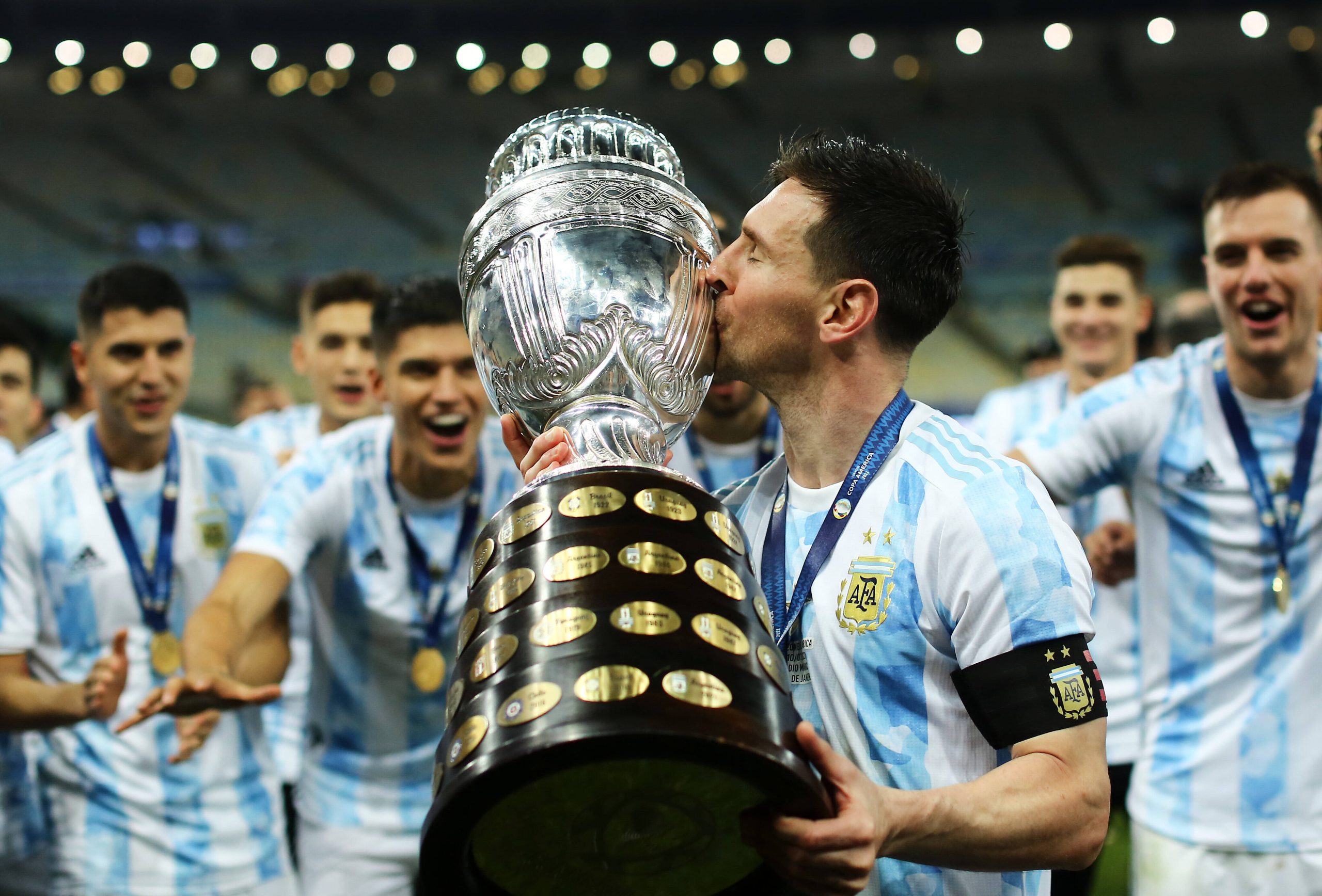 A selection of football fans on Twitter were delighted for Lionel Messi as he lifted his first international trophy with Argentina.

Messi had a sub-par performance in the final, but he was terrific throughout the tournament with four goals and five assists.

He was awarded the top scorer and best player awards for his efforts. Some football fans were pleased for the 34-year-old star.

Lionel Messi being happy is a win for not only football but for the entire sporting world. Simply beautiful to see. 🐐 pic.twitter.com/Vz7TuEuWkc

Never give up 💙🇦🇷

Lionel Messi takes it home this time.
What a performance from him in the tournament alongside all the other Argentina superstars#CopaAmericaFINAL pic.twitter.com/rW0TwhixEy

There has been much debate over who is the best player in the world between Messi and Cristiano Ronaldo over the past decade.

However, both players did not make any impact in those finals.

Messi has won six Ballon d’Or titles in his career. He looks set for a seventh crown on the back of finally winning silverware with the national team.

Bayern Munich’s Robert Lewandowski could be unlucky to miss out. He was in pole position to win the accolade last year before France Football cancelled the event.

The Pole remains one of the front-runners for the coveted prize, but he may struggle to dethrone Messi on the back of the Copa America success.