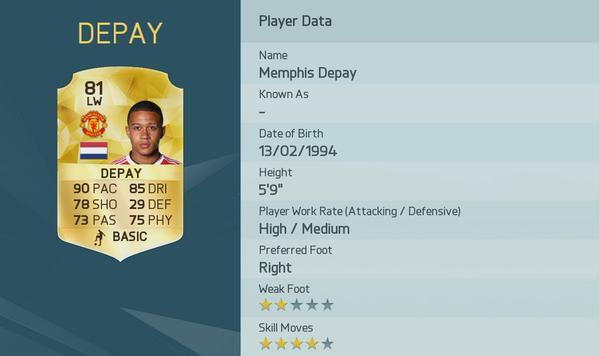 Manchester United winger Memphis Depay is the best free-kick taker in the Premier League, and sixth best in the world, according to popular football game FIFA 16.

Depay, who joined from PSV Eindhoven earlier in the summer, has yet to score from a set piece for the Premier League giants. However, he was outstanding with set-piece delivery in the Dutch league last season.

The Dutch international has a better score than other potential contenders. The list includes United captain Wayne Rooney, Everton star Leighton Baines and Tottenham midfieler Christian Eriksen. Surprisingly, no other Premier League players have made it to top 10 on the latest version of the popular football game which will be released later this month.

Barcelona superstar Lionel Messi lies in fifth, while Borussia Dortmund and German midfielder Marco Reus is at No 10.

The most surprising omission from this list is Roma’s Miralem Pjanic. The Bosnian scored a breath taking free kick against Juventus this season, and he deserves to be in top five, let alone top 10.

Pjanic’s free-kick to make it 1-0 was perfect. Up and over the wall and Buffon didn’t move an inch. Stunning. #ASRoma #Juventus — Dean Eddyshaw (@godeangogogogo) August 30, 2015 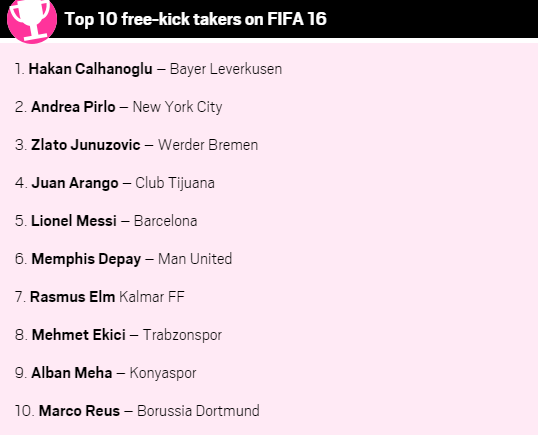 Do you think Pjanic should have been included in the list? Any other player from the Premier League should have made top 10? Have your say below.