Ferguson keeps the faith in Berba…but do we really not need a new striker?

News emerged recently suggesting that Ferguson will not spend money in January on another striker; choosing instead to place his faith in the goalscoring of Berbatov to complement Rooney’s.

The article was quick to pounce on Ferguson’s rationale; highlighting ignorant yet pivotal stats about Dimitar’s goalscoring: ‘18 goals in 58 games and just five in his past 28 matches for the club.’ They also contradicted their statement by highlighting United’s interest in Ajax’s Uruguayan striker Luis Suarez, again throwing those unavoidable goalscoring stats in an attempt to whet our apetites – 70 goals in 104 appearances – alongside a suggested, cool £45million price tag. 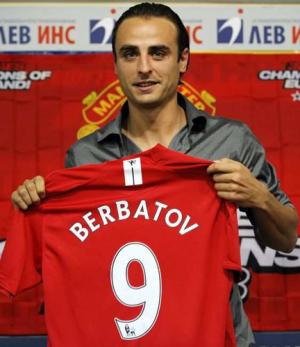 It made for interesting and very thoughtful reading, and although I hate to say it, you have to agree that a new striker in the upcoming transfer window, especially a 22-year-old with such an impressive scoring rate, appears to be nothing less than a necesity for our often goalshy side.

It is not however a matter of Berbatov’s potential and quality at United. Do I have faith in his ability? Unquestionably. With Rooney alongside him we surely have one of the most talented strike partnerships on the planet; although unfortunately not the most prolific. And that is the main issue United fan’s feel needs sorting when it comes to having the money and in turn the ability to spend in January.

At the moment, we are (as usual) competing to retain our Title and Carling Cup, as well as hoping to reach a third European Cup final in as many years and a first FA cup in six. All this with only the two senior strikers I have mentioned.

One thing that has been apparent this season more than any other – as Oliver Kay pointed when I interviewed him for my blog – is that there was a great deal of complacency amongst the top four in the summer. 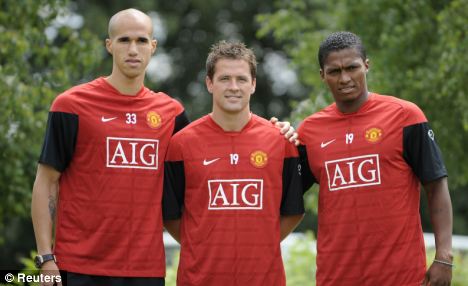 United didn’t capitalise on the money received by Ronaldo’s sale, with Ferguson assuming our resources were solid and assured enough to compete; thus only adding one alright (Valencia), promising (Obertan) and no-risk (Owen) player to the squad. But we weren’t the only ones to underestimate the challenge and improvement occurring from below, as our fellow top 4 members have also sat back and somehow allowed the likes of Villa, Sunderland, Tottenham and of course city to step-up and become a more than serious threat to that much adorned Champions League place.

Liverpool lost perhaps their most influential playmaker only to replace him with a £24million injury prone (and yet to start a game) Aquilani rather than bringing in a competent partner for Torres…now look what’s happened. Chelsea and Arsenal were also clumsily quiet in the transfer market (well, that will never change with tight-arsed Wenger), choosing to also rely on their competent and largely brilliant squad; however they have also dropped points and been made to look at times inferior against weaker sides.

To have the opportunity and rather bulging pocket that we have as we enter the season’s second and final transfer market opening is a blessing and surely a perfect opportunity for us to capitalise and get ahead of the pack.

Our performances this season, which if you read my reviews and rants week-in-week out will tell you are largely unsatisfactory and definitely warrant a signing. United’s long-term priorities will focus towards a new goalkeeper and a possible replacement for our injury-prone and pre-occupied celebrity centre back; however I also constantly highlight our lack of clinical finishing, ability to reach an extra gear and goal scoring ability in general as a more pressing matter.

For Ferguson to place faith in Berbatov is a given, as although currently crocked (does anyone know when he will be back??), he has been immense this season and one of our key performers. But to rule out the signing of another striker and thus suggest that Owen, Macheda and Wellbeck complete our attacking line-up and are capable to help us win the league and European Cup (as that is of course always our goal) is a bit naïve.

I don’t want to sound as though I doubt the great man’s judgement, and I certainly don’t want to disrespect him, as he knows a thing or two about building teams and winning things; but our often battling and less-than comfortable performances this season suggest we need a change. 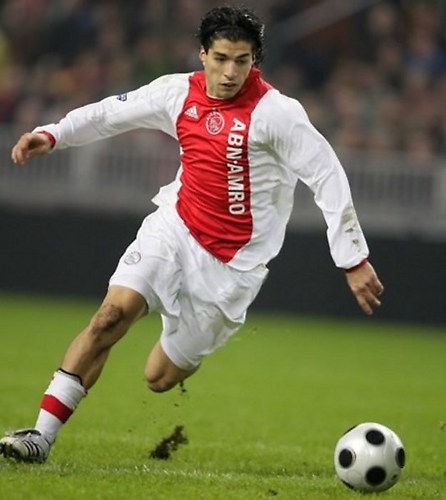 Is a £45million rated striker from the Dutch league really the answer? I’m not entirely sure, mainly because I don’t know a great deal about the fella. However what is undoubted is that an injection of class and somebody of capability and conviction is needed to complete this side; a side full talent and ability, but one that has more than often this season struggled to convince and answer post-Ronaldo questions.