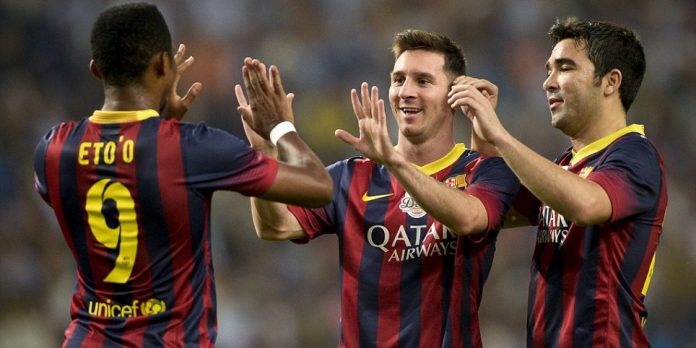 Legendary Portuguese midfielder, Deco, ended his staggering career in the best possible fashion, with an exquisite lob over the keeper in the last 10 seconds of his own testimonial. The delicacy of Deco’s goal is within the realms of capability for only those at the very top of the sport’s skill levels. It was a splendid way to cap off a career that had previously ended sadly by a forced retirement through injury.

The phenomenal goal leveled the game at 4-4, a perfect scoreline for the occasion in which Deco played for both sides, alternating. The star of the show had earlier provided a cheeky assist for Porto’s second goal, cutting back when many would have shot, and also scored a fantastic goal for Barcelona in the second half. Deco had provided Messi with a superb forward chip but the Argentinian was dispossessed by an outstretched hand of the keeper, who thought he had deferred the danger, only for it to fall at Deco’s feet and he elegantly scored with a touch of class. 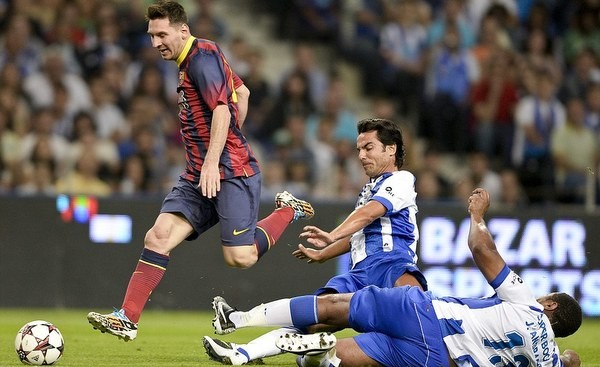 Samuel Eto’o and Lionel Messi linked up twice, playing assister and scorer alternately and Eto’o also bagged another. The biggest jewel of the game though was Deco’s late equalizer, which is the kind of goal you can watch over and over and over again.

The Brazilian playmaker moved to Portugal early in his career and, after becoming a citizen of the European country, opted to represent A Selecção das Quinas at international level. There is little doubt he would’ve made appearance in the famous yellow of the five-time world champions, but Portugal held a different challenge, that he savored and excelled at.

In Portugal’s Primeira Liga, Deco represented Porto all the way to UEFA Champions League success, and then won a rare 2nd Champions League winners medal two years later with Barcelona. Along with a Ballon D’Or runner-up trophy, a UEFA Club Footballer of the Year award, and 2x UEFA Best Midfielder awards, Deco also has 3x Primeira Liga winners medals, 2x La Liga winners medals and a Premier League winners medal. So it is no surprise that his testimonial attracted a magnitude of talent, from legends to current leaders of the game.

Here are the star-studded squads, with Deco playing a half for each side.