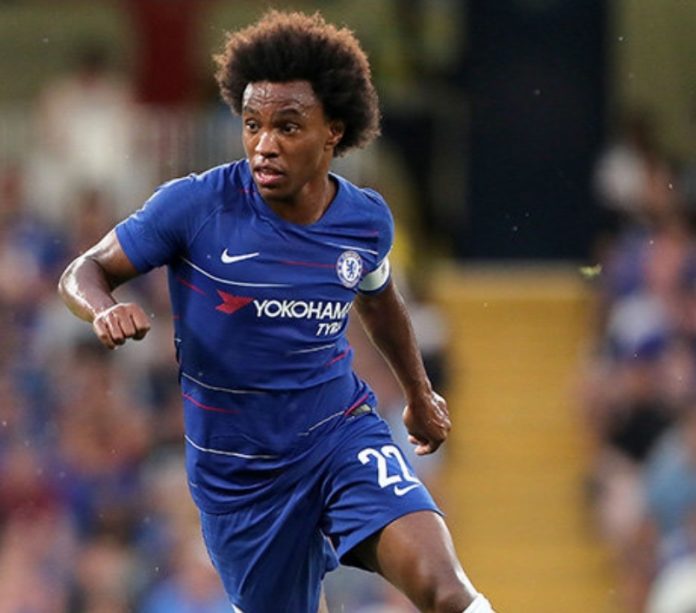 Sky Sports are reporting that Barcelona have renewed their interest in signing Chelsea winger Willian.

The report suggests Barcelona are willing to offer fellow Brazilian Malcom in a swap plus cash deal.

Blues fans have reacted in excitement to the rumour, with many finding it hard to believe that Barca would consider such a deal. 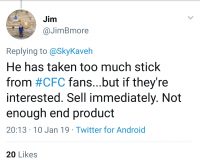 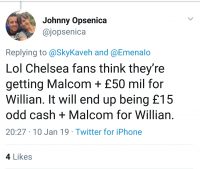 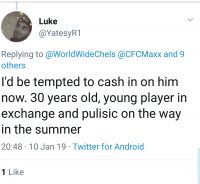 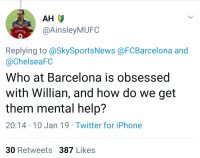 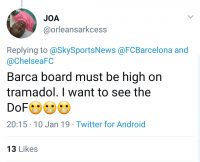 The 21-year-old has endured a difficult start at The Camp Nou, making only nine appearances for the Catalan club.

Willian is now in his sixth season at Stamford Bridge. Having starred for The Blues, delivering year after year, this season has proved difficult for the ex-Shaktar Donetsk man. In 31-appearances, he has managed just four goals and six assists.

Malcom is seem by many as a star of the future, and swapping such a prospect for a 30-year-old who is struggling for form could be described as crazy.

It’s a tough one to call, but if Chelsea director Marina Granovskaia does recieve a phone call from her opposite number, the Canadian-Russian has to give serious consideration to such a proposal.