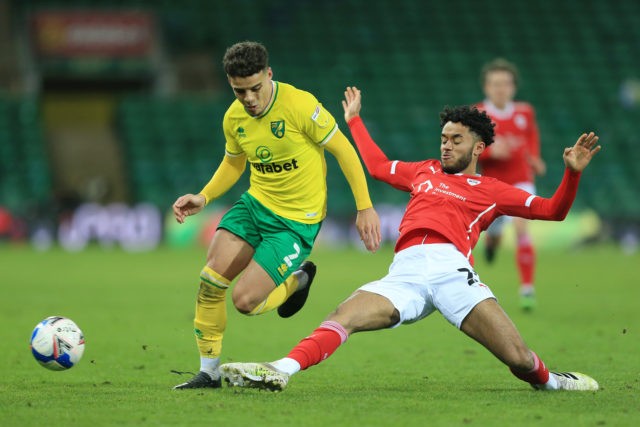 Italian journalist Fabrizio Romano has hinted at a potential move from Everton for Norwich City defender Max Aarons this summer.

Everton are in the market for a new right-back this summer, with reports linking them with numerous players in that position.

It was suggested recently by the Liverpool Echo that Everton were interested in Manchester United right-back Diogo Dalot, with the Portuguese defender expected to be on a shortlist of options.

In that report, they also suggested that moves for Aarons and Tariq Lamptey are being considered by Everton.

With Mason Holgate often occupying the right-back role despite being a central defender, it is clear to see that Everton need a signing in that position this summer.

Romano has now posted a cryptic update on Everton’s transfer plans this summer.

keep an eye on Max Aarons…

Everton’s interest in Aarons has been reported a few times in recent months, with Romano claiming in February that the Toffees were working on a deal to sign the defender.

SL View – Is Max Aarons the right option for Everton?

As we approach the summer transfer window, Everton have multiple options in terms of right-back targets.

Aarons is a great option for the Toffees, having impressed during Norwich’s time in the Premier League and the Championship this season.

However, a move for Lamptey or Dalot cannot be ruled out.

Lamptey has been received rave reviews for his performances with Brighton & Hove Albion this term, while Dalot provides an aerial option that the other two options do not.

Considering all factors, Aarons looks to be the ideal option for Everton.

While Lamptey looks to be the more technically gifted player, his size could be seen as a negative factor.

Carlo Ancelotti has favoured an aerial approach to defending at times this season, with Ben Godfrey and Mason Holgate featuring on the flanks multiple times.

While Aarons is not as tall as Dalot, the young Englishman has a blend of technical ability and height, which will appeal to Ancelotti.