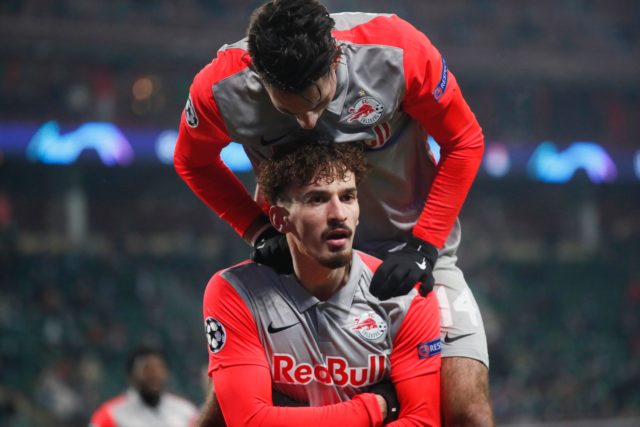 According to a recent report from The Athletic, a host of clubs including Arsenal and Tottenham are showing keen interest in the 20-year-old playmaker.

Mikel Arteta’s side have made the worst possible start by the club in the Premier League era following their 2-0 defeat against Spurs in the north London derby.

While speaking to The Arsenal Lounge, Romano has claimed that the Gunners would be trying to bring in a creative midfielder in the January transfer window.

Arsenal were heavily interested in signing Houssem Aouar during the summer transfer window but they failed to secure a deal for him.

Romano claims that the Gunners could try their luck again for the Lyon midfielder next month. However, Szoboszlai remains their first-choice target. He said:

“They were negotiating and talking with the agent of Szoboszlai for many weeks. He is being scouted by the club for many years. In my opinion, he is one of the best talents in Europe. He is an interesting player and a true talent.

The youngster is truly a top talent, and Arsenal must not miss out on the opportunity to sign him. He has a release clause of €25m, and it looks like a bargain.

Szoboszlai will have to give notice to Red Bull Salzburg by December 15 that he wishes to leave, while potential suitors must place their bids by December 31.

The highly-rated youngster has scored 25 goals in 79 appearances, including four goals in 10 Bundesliga games this season.

With so many clubs interested, the least Arsenal can do is match his release clause, and then let the club and the player decide about his next move.

He is a fantastic dribbler who is very good with his distribution and set-pieces. With Mesut Ozil’s future up in the air, Szoboszlai could be an ideal replacement for him at the London club.

Arsenal’s free-flowing attacking style of football, in theory, should get the best out of him. With the Gunners needing a creative influence in the middle, taking a punt on Szoboszlai would represent a cracking move.