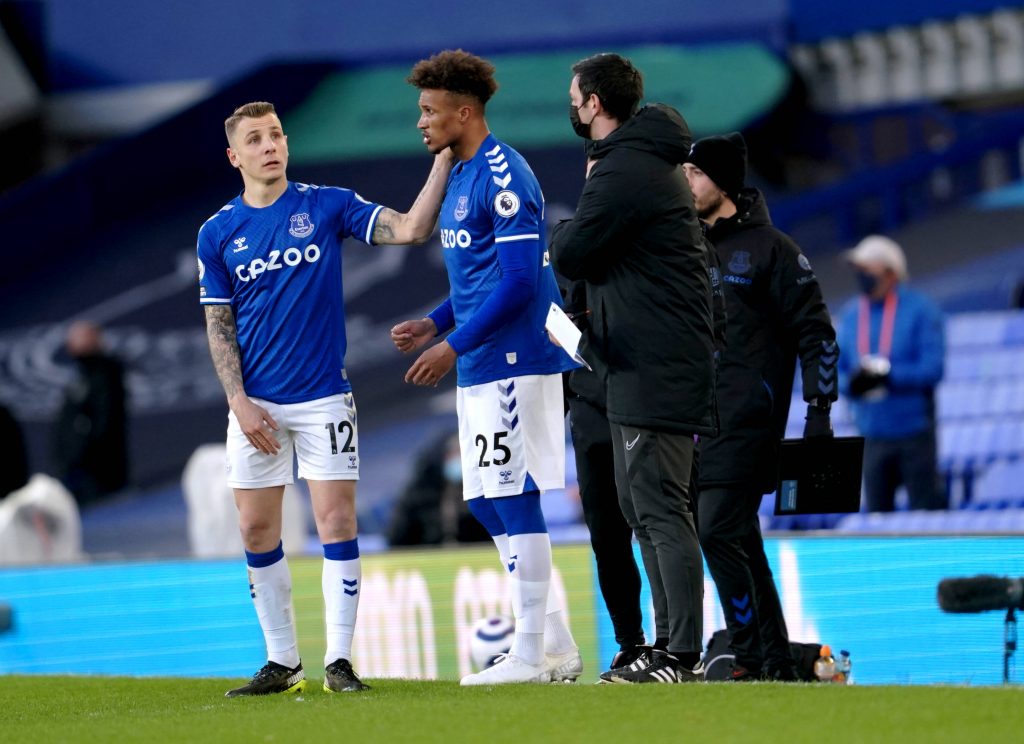 Everton’s forgotten man Jean-Philippe Gbamin has vowed to show why the Toffees signed him, with a potential full return on the cards next week.

Gbamin has missed the best part of two years due to injury, with the Ivorian suffering a hamstring problem back in 2019.

The midfielder then suffered an Achilles tendon rupture, delaying his comeback even further.

Despite all of his problems, Gbamin returned to the pitch on Monday evening when Everton faced off against Crystal Palace.

The 25-year-old was introduced in the 79th minute, and while he did look slightly uncomfortable, he was able to get some minutes under his belt.

With Andre Gomes going off injured during that game, Gbamin could start the clash with Brighton & Hove Albion on Monday.

Ahead of that game, Gbamin has vowed to show everyone why the club paid £25 million for his services in 2019.

“Yeah, it was hard, but I never had my head down – I was still working hard for a comeback,” Gbamin explained to the Liverpool Echo.

“It [the injury in May] was a difficult moment. But I have my son, so I had a good balance throughout my long-term injury to spend time with him.

“This helped me keep my head up and think about other things.

“No, it’s not easy [being out for so long], but now I have three years left on my contract, so I will show why they bought me.

“This is my target – I will work hard in training and show that I can start some of the games.

“But we have to be a little patient too because after two years of injury, it’s never easy.”

SL View – Will Gbamin be a key player for Everton?

As mentioned in a previous opinion piece surrounding the return of Gbamin, the Ivorian could be key to unlocking Carlo Ancelotti’s perfect system.

The defensive midfielder can be deployed as an ‘anchor’ in front of the defence, allowing other midfielders like Allan and Abdoulaye Doucoure to push forward.

Everton currently do not have another player like that and have suffered in midfield this season for that reason.

Allan has often been asked to play that position but has not looked comfortable, and his tackling has been relatively poor.

Gbamin’s inclusion could now allow the Brazilian to push forward more often – something Napoli benefited from during his time in Serie A.