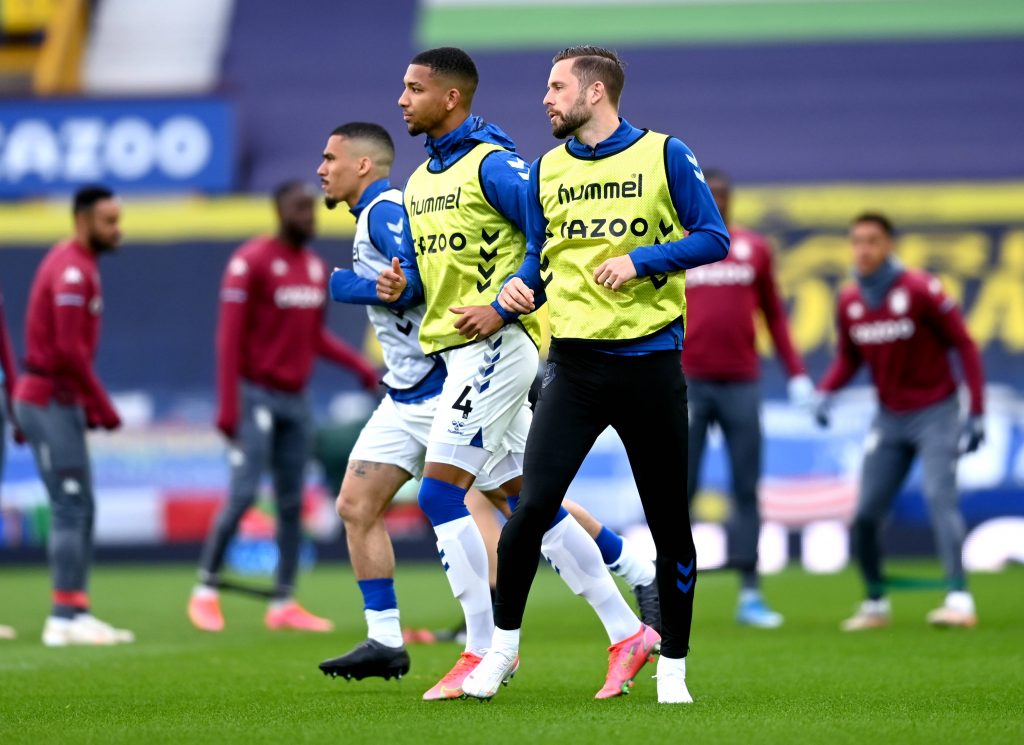 Everton forward Richarlison and Mason Holgate had to be separated as Manchester City celebrated following yesterday’s 5-0 thrashing at the Etihad Stadium, with the former pulled off by an irate Carlo Ancelotti, according to The Daily Mirror.

The Toffees were poor from start to finish against the Premier League champions, with Gylfi Sigurdsson’s missed penalty when they were 2-0 down compounding their woes.

Kevin De Bruyne and Gabriel Jesus put Man City ahead 15 minutes into the game. Everton had the chance to halve the deficit when Ruben Dias brought down Richarlison 10 minutes away from the break.

However, Sigurdsson’s attempt was saved by Ederson, and Phil Foden punished the visitors for it eight minutes into the restart with the hosts’ third of the evening.

Sergio Aguero came off the bench to bag a brace to end his Man City career on an impressive note, and Everton’s 13th defeat of the campaign saw them finish in 10th position in the Premier League table.

Richarlison, like the majority of the Everton players, had a game to forget, and he was replaced by Niels Nkounkou with 12 minutes left on the clock.

The Brazilian and Holgate were arguing over something after full-time, and it appears that they almost came to blows before Ancelotti stepped in.

The Italian would have wanted the Toffees duo to display that same passion on the pitch, though.

They won 11 games on the road, losing just thrice, and a similar form at home could have seen them finish in the top four.

In other news, Everton star reportedly could make England Euros squad ahead of Liverpool defender.