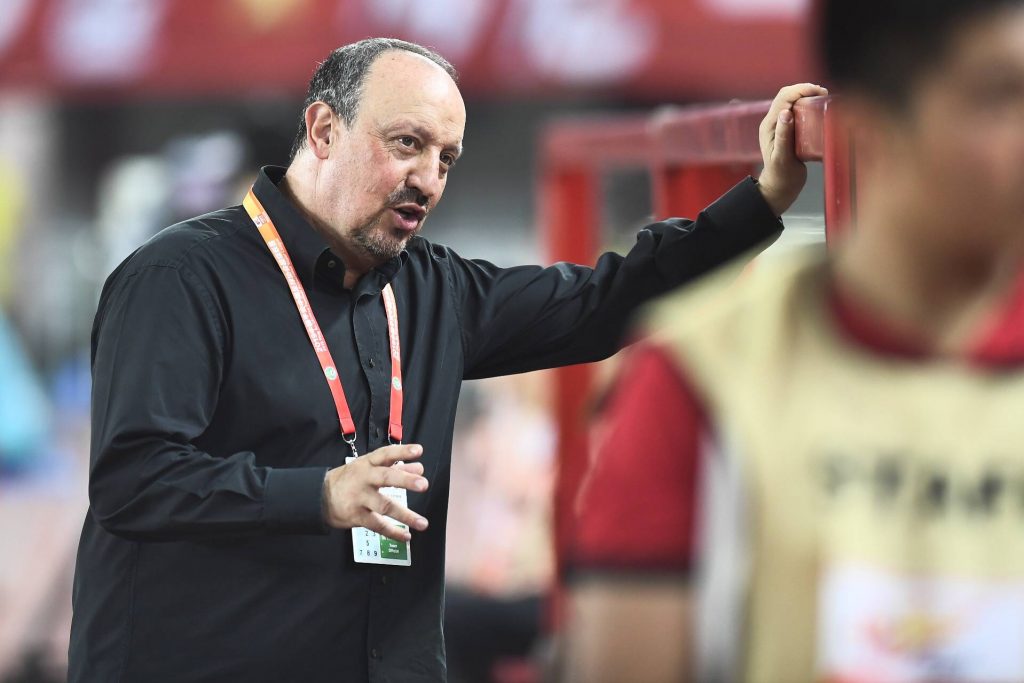 Rafa Benitez is closing in on the Everton job after holding multiple meetings with the Merseyside outfit.

According to Liverpool Echo, the former Liverpool manager is now confident that he will take over at Goodison Park.

He is expecting a formal contract offer from club owner Farhad Moshiri after holding three meetings regarding the vacancy.

Moshiri is believed to be the driving force behind the potential appointment.

Moshiri has made the approach for Benitez, not anyone else at Everton. If he proceeds and appoints him, it will be a remarkable show of doing as he pleases.

Everton fans were disappointed on social media after the news broke yesterday and the appointment could be followed by a massive backlash.

Benitez’s history with Liverpool understandably makes him an unwelcome appointment.

His comments about Everton being a small club during his time at Anfield has only made things worse.

The Spaniard’s pedigree cannot be doubted. He has proven his quality in England, Spain and Italy, winning major trophies including La Liga, Europa League and the Champions League.

Carlo Ancelotti’s departure to Real Madrid has been a shock for the Toffees and it has thrown their summer plans into major chaos.

Here is how some Everton fans reacted on social media following the reports of Benitez’s appointment.

Can the fans not all just put £20 in and just buyout moshiri then we sign Galtier?#GaltierToGoodison

Say no to Benitez! #GaltierToGoodison

– 31% win percentage at Dalian[China].
– Lost more games at Dalian than what he won.
– Spent an estimated £155m in 3-yrs at Newcastle securing a relegation from the Premier League & a 10th place finish on a huge tally of 44pts.
– Last major honour was 2014. pic.twitter.com/V0RvXoEuUI

Genuinely worry for Evertons future with this board. I'd be more confident in Everton playing league 1 football in 5 years than champions league #EFC

As a group, we don’t want to speak on behalf of everyone, but from our side, we will not be welcoming Rafa Benitez to Everton with open arms. We are ashamed and disgusted if this rumour turns out to be true

We don’t need a waiter, we need #GaltierToGoodison @everton

Read: Everton submit offer for 31-year-old who has played in the Premier League before.