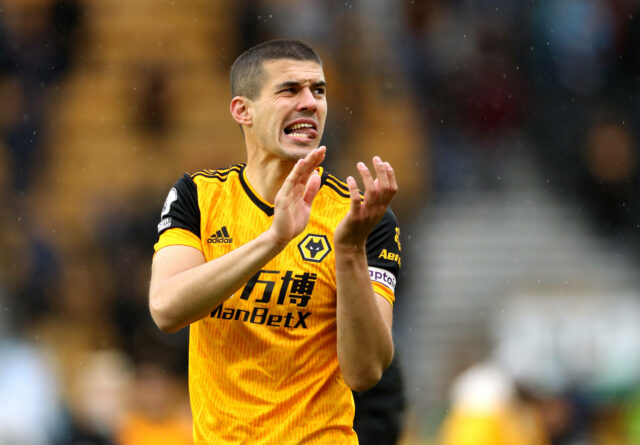 Everton are yet to appoint their new manager, but they are preparing the groundwork for the upcoming season.

Sky Sports reported last week that the Portuguese boss is close to being appointed as Ancelotti’s successor at Goodison Park.

The Merseyside club are hopeful of finalising a deal for the 47-year-old manager in the coming days.

His arrival at the club could see Everton being linked with a host of Wolverhampton Wanderers players this summer.

According to reports from Football Insider, Everton are preparing to submit bids for centre-back Conor Coady and winger Pedro Neto.

Nuno highly rates the two players, and he feels the duo would be perfect for the Toffees.

Wolves are reportedly looking to offload some of their key players to raise funds for new additions. Ruben Neves and Adama Traore are currently being linked with a move away from the club.

They could also be tempted to cash in on Coady and Neto if they receive a tempting offer.

Coady has established himself as one of Premier League’s most reliable defenders, and he may be keen to reunite with Nuno at Goodison Park.

The 28-year-old has a contract at the club until 2025, and Wolves are expected to demand a high transfer fee.

Neto joined Wolves from Lazio for £16 million in 2019, and he has made a big impact in the Premier League.

He scored five goals and provided six assists in the Premier League, and he would be a quality addition for the Toffees.