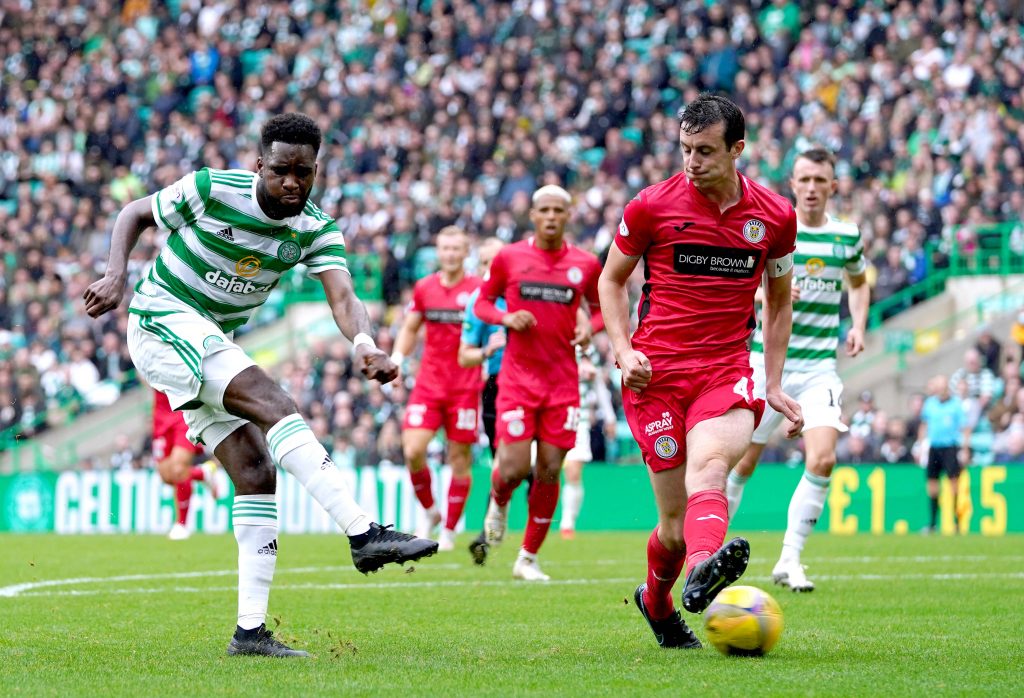 The Merseyside outfit could pursue a new centre-forward in the next three days with the possibility of Moise Kean heading for the exit door.

Kean has been identified by Juventus as the priority to replace Cristiano Ronaldo, who will make a sensational return to Manchester United.

Amidst this, the Toffees are considering a move for a new marksman, and they have reportedly sounded out the Hoops for Edouard.

Edouard has been linked with a move to the Premier League throughout the summer. He was initially fancied to join Leicester City before they signed Patson Daka.

He has since been associated with West Ham United and Brighton & Hove Albion. It was recently reported that Crystal Palace had entered the race for his services.

Everton are the latest club to be linked with him. The Toffees currently have Dominic Calvert-Lewin as their undisputed choice to lead the attack.

However, there are major doubts over Kean’s future with interest from Juventus while out-of-favour Cenk Tosun is recovering after knee surgery.

Edouard was far from his best for the Hoops last term but still registered 22 goals and six assists from 40 appearances across all competitions.

He has been a regular substitute in the Europa League qualifying recently, with summer signing Kyogo Furuhashi preferred ahead of him.

There are signs that he could be leaving this month. With under a year on his contract, the Hoops could lower their previous £20 million valuation.

The intensity of the Premier League will be a whole different prospect for Edouard. It remains to be seen the Toffees can secure a suitable deal.