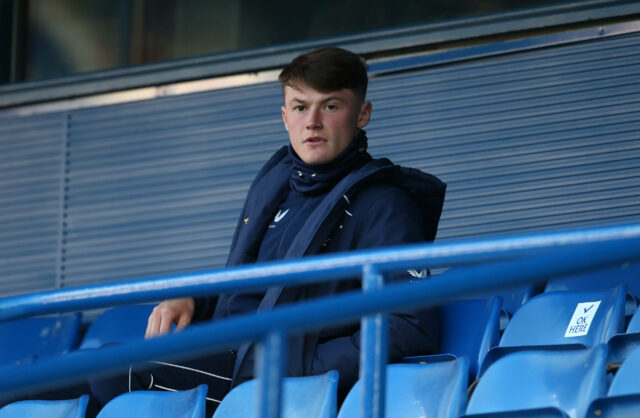 Everton have submitted a bid for Rangers defender Nathan Patterson, according to reports from the Daily Mail.

The Toffees are looking to bolster their right-back area, with Rafael Benitez desperate to bring in a back-up option for Seamus Coleman.

Jonjoe Kenny, who failed to impressed during his loan spell with Celtic, is facing an uncertain future at the Merseyside club and is likely to be sold.

Benitez has reportedly earmarked the 19-year-old Rangers right-back as a ‘key target’ for the Toffees this summer.

Patterson is regarded as one of the best young Scottish talents and Rangers boss Steven Gerrard has waxed lyrical about his abilities.

The Gers rejected an opening offer of around £5 million last week, with Ibrox officials branding the initial valuation as a ‘joke’.

The Daily Record suggest that Everton boss Benitez is ‘hell-bent’ on securing the rampaging right-back, but they have been left red-faced once again.

The latest report claims that Everton have submitted another bid, reported to be in the region of £8m, but the Ibrox outfit knocked it back.

Patterson did not participate in Rangers’ 1-0 win over Celtic on Sunday, sparking rumours about his future.

It was later confirmed that he has been kept in self-isolation. Former Rangers hero Kris Boyd feels that an exit could still take place.

Speaking on Sky Sports, Boyd said: “It’s a massive blow, not ideal preparations [for Rangers] as he was told yesterday.

“It might be something that Rangers have to deal with as I’m led to believe the bid from Everton is not going away, their interest is still there.

“But I don’t believe that’s why he’s missing the game today. At least I hope it isn’t because if you have someone worth millions of pounds, you want to showcase it in a fixture like this.”

It will be interesting to see if Everton come up with another bid to tempt Rangers into doing business for the youngster, but they need to act quickly.