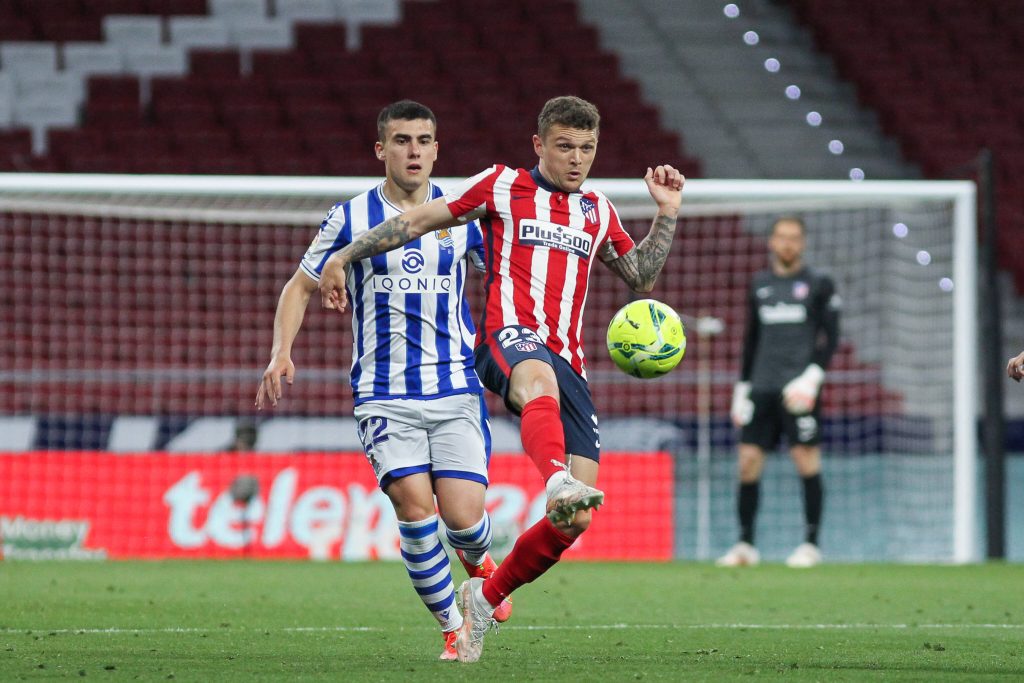 Atletico Madrid right-back Kieran Trippier is on the radar of Everton as they seek to bolster their defence this summer, according to The Athletic.

The England international is approaching the final 12 months of the three-year contract he penned when joining them from Tottenham Hotspur.

Atletico want the 30-year-old to sign a new deal, but he is keen on returning to England with his family.

Manchester United and Paris Saint-Germain are also keen on Trippier, meaning that Everton’s chances of landing him could be slim.

Carlo Ancelotti’s side suffered a setback in their hunt for European football yesterday following a 1-0 loss to Sheffield United, and that could have an impact on their transfer targets.

While Trippier would improve Everton’s squad in the short-term given his quality and massive experience, a move to Goodison Park is unlikely to excite him.

Atletico are one win away from winning the La Liga title, and leaving them for a side not playing in the Champions League or challenging for silverware would be a massive downgrade.

Everton have also been linked with Norwich City’s Max Aarons as they want a long-term replacement for Seamus Coleman, but they are no longer keen on the England youth international.

Ancelotti has played Coleman, Mason Holgate and Jonjoe Kenny in the position this term, and he will be looking to bring in an upgrade this summer.

In other news, Real Madrid are reportedly weighing up a move for Everton man.