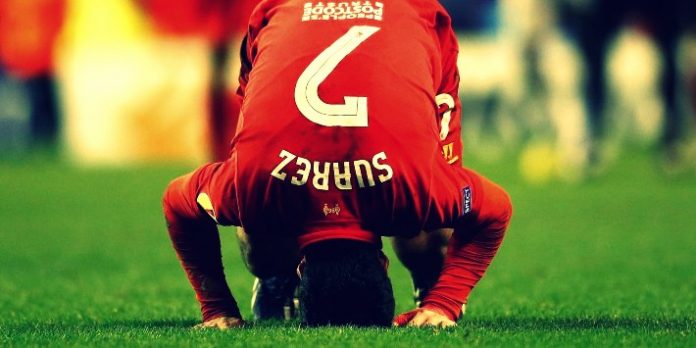 As the second leg of the Round of 32 matches of the Europa League have been played, we now know which teams have progressed to the Round of 16 and which have crashed out of the tournament.

There were four results that standout from the rest. Edinson Cavani’s Napoli had no answer to the five goals scored by the Czech side Viktoria Plzen over two legs. With these wins, Plazen joined Bordeaux and Anzhi Makhchkala as the only teams to have won all four Europa home games this season.

Ajax could not take advantage of the two goal cushion they took to Romania as they crashed out on penalties against Steaua Bucuresti. This was the first penalty shootout to be played in the Europa League after 108 previous knockout phase second legs and finals without out.

Steaua became the only team this season to win the two-legged tie after losing the first leg. It was also only the second time in Europa League that a team managed to recover from a two-goal first-leg deficit. The first being Fulham’s amazing comeback against Juventus in the 2009/10 Round of 32.

Although currently placed second on the La Liga table, Atletico Madrid conceded two away goals in the first leg and could only score a single goal in Russia against Rubin Kazan. Only goal of the second leg came off Radamel Falcao, taking his tally to 30 goals in 31 appearances in Europa – both his goals and appearances is a competition record.

The away win became Atletico’s 23rd in the competition, extending their own record. It was also their 20th appearance in the knockout phase. Benfica can match their record if they make it to the quarterfinals.

The biggest shock exit, however, was of the Premier League giants Liverpool. They were convincingly beaten 2-0 by Zenit St. Peterburg and even though they scored three goals at Anfield in the return leg but they gave away a crucial away goal which cost them qualification through to the next round.

It was the only tie of this round to be settled on the away goals rule. Something that Liverpool have suffered before when they were defeated by Atletico Madrid in the 2009/10 semifinal. Portugal’s Sporting CP is the only other club to have been eliminated twice on away goals.

KRC Genk’s unbeaten Europa League record ended with their 2-0 home defeat at the hands of VfB Stuttgart. Chelsea’s decisive equaliser at Stamford Bridge against Sparta Praha means that the Blues are now the only Europa participant to have never lost a match in the competition – albiet they have only played two games.

The Round of 16 will feature teams from eleven UEFA members: eight nations have a single representation with England and Russia both taking three teams as Italy will be represented by two.

Three teams Bundesliga also failed to progress as Hannover 96, Borussia Monchengladbach and Bayer Leverkusen were knocked out and only VfB Stuttgart remains in the 2012/13 Europa League.

Out of the eight teams that were transfered from the Champions League, only three managed to stay in Europe: Benfica, Chelsea and Zenit. And only two of the 13 teams that came thorugh the Europa League group stage remain unbeaten: Lazio and Tottenham – they qualified from the same group.

Zenit and FC Basel are the only two reigning domestic league champions still fighting for Europa League glory. They meet in the Round of 16.

Finally, the 90th minuted equaliser by Spurs at Lyon was the latest goal scored by a team in the Europa League to transform an away-goal elimination to an aggregate win.

Europa League: Round of 32 results

All scored are aggregates over the two legs.