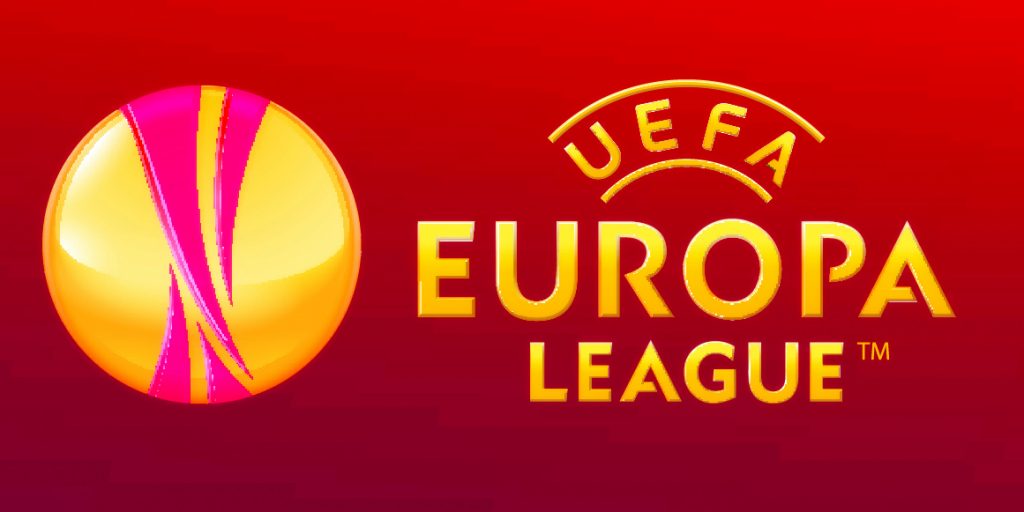 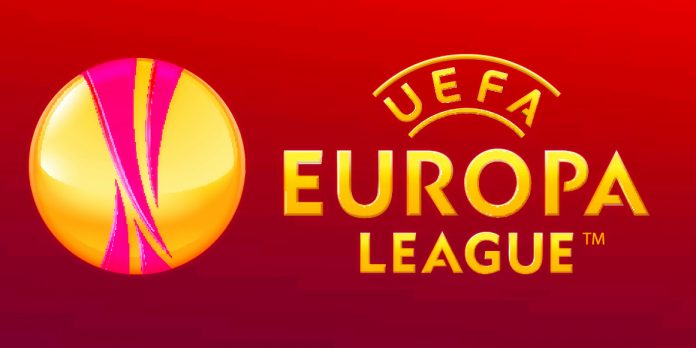 Final preparations are underway for the second leg of the Europa League Round of 32 matches. Here are the players to watch in each of the 32 teams participating:

The unpredictable Uruguay international has been in prime form this season in the Premier League. Rested for much of the Europa League group stage, Suarez should be on full power as Liverpool eye their only opportunity for silverware this season.

Disappointed to drop out of the Champions League, Zenit’s fortunes might have been different had their skipper been around for the duration of the group stage. The Portuguese playmaker only started the last two fixtures after recovering from a long-term injury. He found the net in both the matches – against Malaga and AC Milan.

A broken arm suffered while playing for Manchester United reserves kept the goalkeeper, Zieler’s quest to reach first team at Old Trafford but the youngster knuckled down following his move back to Germany in 2010. He is a regular first choice at Hannover, earned a call to Euro 2012 and has already stopped a penalty in the first leg of this tie.

A marquee signing for Anzhi in 2011, the three-time Champions League winner, now 31, is not trading on former glories under Guus Hiddink. Eto’o’s killer instinct was much in evidence in the group stage, where he scored three goals to add to the five he registered during the qualifiers.

Chelsea is looking to complete an English first by claiming all three of UEFA’s top club competitions and Mata’s splendid form this season could prove to be crucial. The Spain international’s vision and movement have been admired since his Valencia days. His finishing and prowess from dead-ball situations have provided a regular source of goals for the Blues.

Husbauer showed what he is made of in the group stage with an assist and two goals. Stylish and composed, the 22 year old midfielder may be destined for yet bigger things. He made his international debut for the Czech Republic at the start of the season.

The man in form for Olympiacos as they plough on towards a record-extending 40th Greek league title. Djebbour has been registering goals with remorseless regularity, heading the Super League scoring charts in Greece. The 28 year old Algeria international is known for pace, power and eye for a chance and it could be the key to a successful European campaign.

Barkero is 33 years old now but he is enjoying a faboulous summer at Levante. He is a central figure at the club as the club qualified for Europe for the first time last season. Despite coming on as a ‘super-sub’ in the group stages, he managed to set up three goals to top the assists chart.

Horvath is Plzen’s captain and heartbeat. He played an integral role in topping the Group B during autumn, helping them to three home wins – including one against Atletico Madrid. He beat his own record by becoming Europa League’s oldest goalscorer on matchday five at the age of 37 years and 214 days.

Cavani leads the competition’s top scorer list with seven goals to this name. The front man struck all four goals in the 4-2 win against Dnipro Dnipropetrovsk. It goes without saying that many teams in England and Spain are keeping a close eye on him.

One of Bordeaux’s most experienced campaigners and also the club captin. The Czech international bonds the Ligue 1 club’s play together with calm authority. Capped 80 times by his country and a veteran of four major tounraments, the midfielder led by example as his side claimed first place in the Europa League.

A prominent figure when Dynamo Kyiv reached the Europa League semifinals in 2010/11, Yarmolenko has become even more influential in the two years since. The 23 year old is tall, left-footed and skillful. He scored his sixth European goal in Dynamo’s final Champions League fixture against Dinamo Zagreb.

Benfica narrowly missed out on Champions League qualification but their Paraguay striker has an excellent track record in the Europa League. Hi 13-goal tally is the joint-third in the competition’s all-time rankings. He has enjoyed another highly productive season with the Eagles, scoring almost a goal a game.

Bayer Leverkusen’s first Europa League scorer this season, Kiessling sat out much of their European campaign in autumn, saving his energy for the Bundesliga – he was the top marksman at the winter break with 12 goals. The striker netter seven times in Leverkusen’s run to the 2007/08 UEFA Cup quarterfinals.

After an impressive six-year stint at Liverpool, the Netherlands international moved to Istanbul last summer. He was renowned at Anfield as much for his indefatigable energy as for his goalscoring. He has continued to display those qualities at Fenerbahce, with five goals to his credit already in Europe.

The former Arsenal and Barcelona attacking midfielder returned to his first club, BATE, in July last year and started all six of the team’s Champions League group games to lift his tally of European club appearances to 88 – a Belarusian record. Although he is 31 years old now but he still possesses outstanding balance and deceptive acceleration.

Captain Alexandru Bourceanu takes credit for marshalling Steaua from midfield through the group stage but the club’s poster boy has to be the penalty box predator Rusescu. He scored three goals in the group stage and 17 in the Romanian First Division. Steaua fans have been clamouring for his national-team inclusion.

With find leadership qualities, a rich array of skills and pace, Dnipro and Ukraine’s rising star has a bright future. The young winger notched a number of eye-catching goals during this season – including one against England at Wembley and another against PSV Eindhoven.

Having kept clean sheets in four of his side’s six group games, the 24 year old goalie, helped Basel get a maximum value for their seven Group G goals. He represented Switzerland at every underage level and collected his first senior cap in May 2012.

Although Cluj failed to reach the last 16 of the Champions League, they signed off with a 3-1 win over Braga and a 1-0 win over Manchester United. They catalyst for the team’s reversal in fortune was the introduction of the 24 year old striker from Portugal. He scored the first hat-trick of his career against Braga and shone at Old Trafford.

Recruited by Inter from Udinese last summer, the big Slovenian shot-stopper has proved a worthy successor to the Brazil international Julio Cesar. He saved a penalty on Europa League matchday one against Rubin Kazan and started in the first four group games. He has been capped 60 times by Slovenia and reached 200 Serie A appearances in December.

A standout figure among Metalist’s Brazilian clan, the 29 year old playmaker wore the number ten jersey with distinction during the group phase – scoring in four successive matches, all wins, to secure his club’s qualification. A brilliant late free-kick at Rosenborg BK was matched in quality by a deft improvised striker against Bayer Leverkusen.

St. James’ Park has become a magnet for French footballers recently, and the leader of the gang in Cabaye – a former Ligue 1/Coupe de France double winner with Lille. Although he was absent for much of autumn with a groin injury, he is the midfield orchestrator and dead-ball expert for Newcastle United and he has been in sparkling form since his return.

One of Belgium’s most prolific strikers, the Genk skipper hit 20 goals in each of the last two domestic league campaigns and is firmly on course to surpass that figure this term. The 23 year old also fired his club towards a place in the Europa League knockout phase with goals in their opening two group matches.

VfB Stuttgart’s Bosnia and Herzegovina forward was on the field for every minute of their group campaign, scoring twice to help the team through to the Round of 16. He enjoyed a fruitful autumn in the Bundesliga, registering ten goals including a hat-trick against Schalke 04. He also scored four goals in the FIFA World Cup qualification for his country.

At the heart of Rubin Kazan’s attacking endeavours, either cutting in from the flanks or driving from midfield, the Turkey international’s combination play with Alan Kasaev and Bebras Natcho unlocks defences. He can provide the final touch too – he struck twice during the group stage, including the opener in November’s 3-0 win against Inter Milan.

With goalscorer-in-chief, Radamel Falcao, sitting out the group stage of the campaign, Raul Garcia had extra scope to showcase his sterling work in the center of the midfield – netting in each game against Hapaoel Tel-Aviv. A Europe League winner with Atletico Madrid in 2010, he missed out on a repeat triumph last season because he was out on loan at Osasuna.

A playmaker with two good feet and a tremendous vision, Hernanes was a pivotal figure for Lazio in the group stage. Liverpool, Juventus and Inter Milan are all rumoured to be tracking his progress. Back in Brazil, he compared to Kaka, but in Rome they see him as more of a Pavel Nedved figure – either way he’s a class act.

According to Gladbach coach, Juan Arango is ‘one of the greatest left-footed players in the world’. The winger has established a reputation in Germany for scouring outrageously spectacular goals, but the Venezuela captain is every bit deadly as a provider. He scored a vital injury time equaliser against Marseille in the group stage.

Scorer of the Champions League’s fastest ever hat-trick – an eight-minute treble against Dinamo Zagreb last season – the former Saint Etienne prodigy is finally living up to his promise. Fast, strong and a good deal more agile than appearances would suggest, his improvement at Lyon has been aided by fine midfield support.

The England striker reminded the world of his predatory instincts with a hat-trick against NK Maribor in the group stage. Defoe’s game is all about alertness and agility, his turn of pace and willingness to strike instinctively with either foot helping him to turn half-chances into goals. He has flourished this term at Tottenham under Andre Villas-Boas.