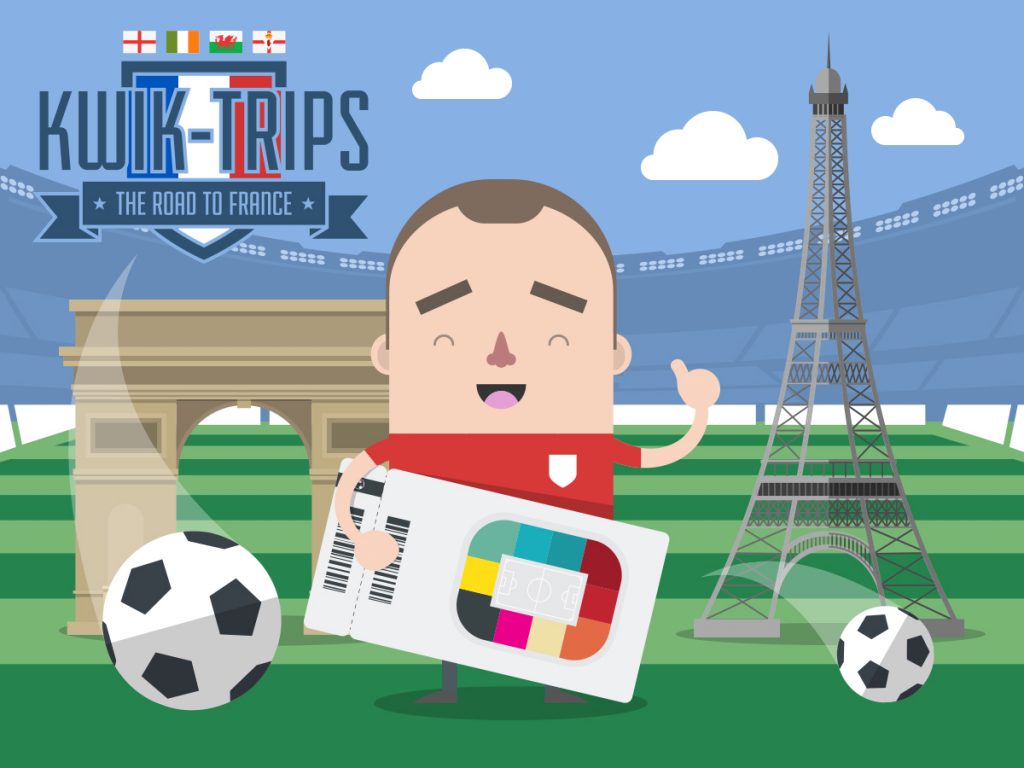 The cacophony of thousands of fans, effused nationalistic pride and the ardent support of one’s country are vital ingredients to any European Championship. However, as we have witnessed with recent challenges to the price (literally) of being a football fan, cost is a consideration that can’t be ignored.

However, with Euro 2016 entirely accessible in neighbouring France, fans of England, Republic of Ireland, Northern Ireland and Wales are faced with an unusual choice. Fly out as usual, hop on a train or take the car down. A nice predicament to find oneself in, but while the car is more familiar, the train is more comfortable and the plane is faster; it really boils down to cost.

To save you the trouble of taking out the calculator, Kwik Fit Insurance Services have conducted in depth research to find the cheapest transport method for each of the four nations supporters in France this summer. Their interactive infographic will be of huge help to fans travelling from the UK and the Republic of Ireland, with in depth costs of each leg of their respective journeys laid out beautifully.

Thanks to them, we can plan the cheapest route from each of the four major capitals:

First up for England is a visit to Marseille to face Russia on June 11th. This means a trip all the way down to the south coast of France for the Three Lions – a 767 mile excursion that is cheapest by train, costing just £104.

Flying to France this summer will prove to be pricey due to high demand around tournament dates, but hiring a car when there, rather than jumping on and off the train, should keep further costs down.

Driving to France means using the Ferry, which will put England fans back around £80 from the start.

After the game with Russia, the Three Lions will then head off to Lens to take on Wales on June 16th – which is where the car comes into its own.

While not the cheapest option initially, taking the car from Marseille to Lens costs just £20, with the ferry ride out the way and only 169 miles to cover.

The train comes in at £120, despite the shorter mileage, while rental plus fuel for the rest of the trip for those who came in by plane will put them back around £210.

Returning to London from Saint-Etienne puts the original plane travelling fans back in the air, and £170 lighter. Driving back to London costs £79 (using the return ferry ticket), and the train a whopping £230.

In arguably the group of death, Republic of Ireland will face Zlatan Ibrahimovic’s Sweden, Eden Hazard’s Belgium and Antonio Conte’s Italy. While even the most optimistic of Irish fans will be doubting their nation’s progression, their respective wallets will be wondering how best they can survive the trip.

Like with English fans, driving to and around France will be the cheapest mode of transport for Republic of Ireland fans. As London is closest to The Channel, the English will enjoy the cheapest prices across all three transport options (although once there, Northern Ireland have the shortest trip around host cities).

Their first match, against Sweden on June 13th, takes place in the French capital of Paris, with flights for all except car users needed and actually a cheaper first leg journey.

Once the first match is over, a 363 mile journey to Bordeaux to face Belgium is required. The Belgians neighbour France, with plenty of fans sure to be driving simply across the border to watch their country in action.

Martin O’Neil’s side face Italy in their last group game on 22nd June, with flights back to Dublin after once again proving to be costly, with the car coming out on top.

For fans living in Cardiff, seeing Garth Bale et al in their first group stage match against Slovakia on June 11th requires a 797 mile trip to Bordeaux. This is cheapest by plane, due to the car riders needing to use the ferry.

The next match will see a home nations clash against England in Lens on 16th June. The train there will be quicker, and roughly only £27 more expensive than the fuel needed for drivers. Those opting for the train will surely be pleased, but that’s not to say the choice will ultimately be the right one.

The final group match will see Chris Coleman’s side take on Russia in Toulouse, with the final leg back to Cardiff on the train costing £260, taking the overall cost to £735. With the plane and car rental costing less, the Welsh would do well to steer clear of the train this summer if possible.

In what will be their first ever appearance at a European Championships, Michael O’Neil’s Northern Ireland have found themselves in the same group as World Cup holders Germany. Quite the baptism of fire, and they will need all the support they can get. But which mode of transport should those supporters take?

Driving from Belfast to Nice, France’s second largest city on the Mediterranean coast, will cost £237 including a return ferry over The Channel.

It is the cheapest option from the off, with those looking to train it across France having to jump on a flight first for £470, following those jet setters already on board.

Once their match against Poland on June 12th is over, it’s off to Lyon to face Ukraine on June 16th.

Again, those driving will enjoy the cheapest journey, with car hire and fuel once more putting those who travelled by plane back, and those now jumping on trains paying almost twice as much as a car journey.

The same can be said for the journey to the final group game against the mighty Germany in Paris, and taking into account the whole trip, train takers look set to pay almost twice as much overall as those in cars, with fans taking pricey flights almost three times the amount.

With the average train fair to France rising by £146 and flying costs by £171, its no wonder that Kwik Fit’s research shows driving to be the most cost effective mode of transport to use for Euro 2016.

With the average cost of driving across the home nations and the Republic of Ireland coming in at just £412, there could well be a rise in traffic across the host cities during the tournament as fans take advantage of an opportunity to see their country in a major tournament without the need of a plane. 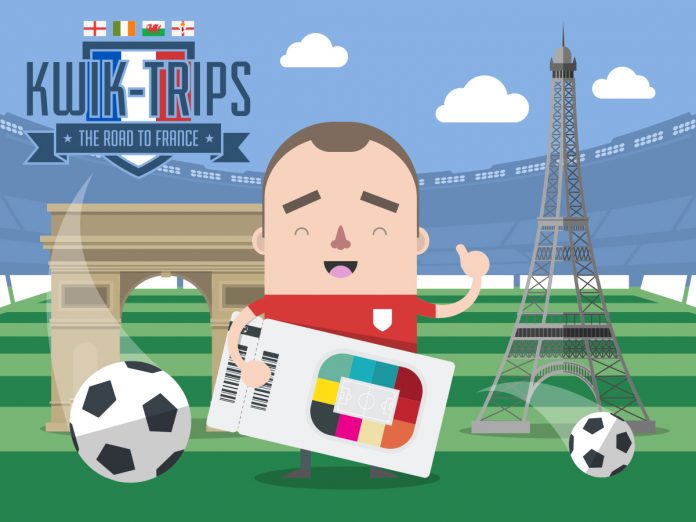