India
Home News euro 2016 a tournament for the outsiders 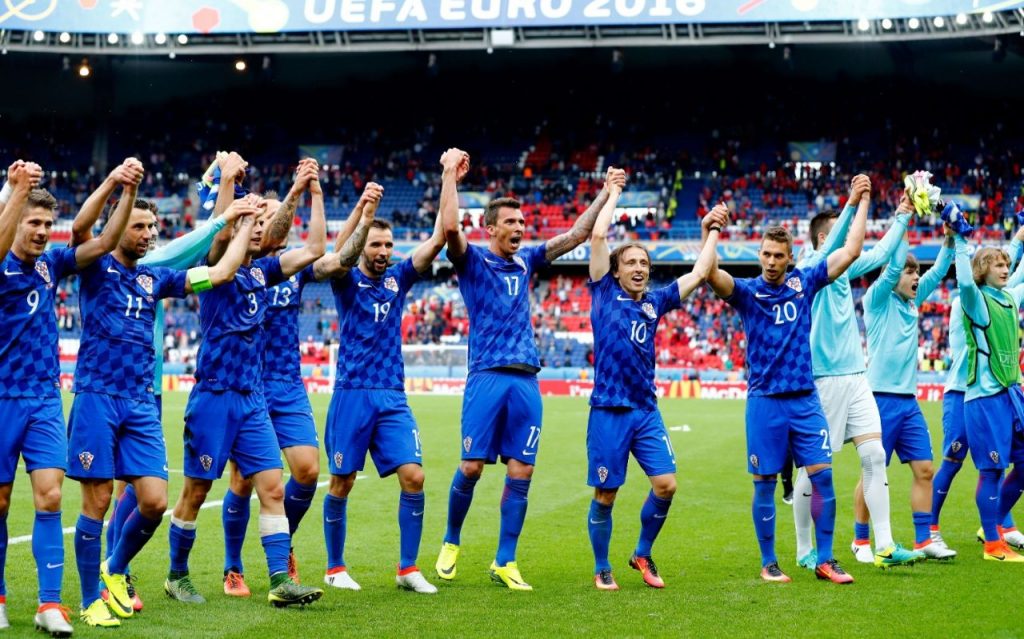 The initial games of this year’s Euro has been hotly contested and we’ve seen little separating each team, and hopefully this trend continues right to the end.

Anyone who is brave enough to confidently pick a winner this year is, quite simply, a mad man, and the first week of this tournament proves that. The notion of ‘big teams’ in this competition is almost irrelevant, and it is no surprise as to why there is so much chatter about dark horses leading up to the tournament. If we take a look at our typical ‘big teams’, we can see that the European football landscape is starting to even out and become more competitive, allowing ‘outsiders’ to rise up and steal the limelight, such as Croatia.

Since 2008, we have become accustomed to Spain and Germany dominating the European scene, but after game week one of this year’s Euro, there is no sense of any one side possessing the same ruthlessness of a 2012 Spanish side. Spain’s European dominance has well and truly waned since then, and this was evident in their first-round clash against Czech Republic. Admittedly, Czech Republic never looked like scoring, but Spain’s palpable reliance on Andres Iniesta was troubling. Since the International retirement of Xavi and Xabi Alonso, Vicente del

Bosque has built his team too heavily around Iniesta’s tempo-setting ability, with the help of Sergio Busquets. While they will comfortably advance past the group stage, what will let Spain down in the knockouts this year is del Bosque’s conservative style of coaching. He must make use of the younger blood in the 32 man squad who are hungry to make the ‘three-peat’ dream a reality; Koke, Thiago Alcantara, Marc Bartra, Hector Bellerin and of course Alvaro Morata. This may mean distancing himself from the use of some of the more conservative options, such as Cesc Fabregas, who seemed to carry his average club form into the first game of the Euro.

Lack of striking power for Germany

Another ‘big team’ is obviously Germany. However, their obvious lack of a number nine will hurt their chances to resume their success since the 2014 World Cup. Their qualification campaign and friendlies leading up to the Euro was questionable to say the least, but everyone knows that they always turn up for big tournaments. Although they got the job done against Ukraine, not much else positive can be said about their performance. For their goals, they relied on a fill-in Shokdran Mustafi headed effort, and a late substitute’s goal from Bastian Schweinsteiger. They were troubled at the back on more than a few occasions, and if it wasn’t for the cat-like Manuel Neuer or the last-ditch defending from the instinctive Jerome Boateng, it could have been a different result. Toni Kroos, Mesut Ozil, and Manuel Neuer will be the keys to their success.

France easily has the best on-paper team in the whole competition and is France’s best squad since their golden generation of 1998-2006. They look unstoppable in all thirds of the park and I have no doubt in the team’s collective ability. They have incredible individual talent, but unlike Belgium for example, they are able to come together and work as a unit. With the exception of a Patrice Evra mishap, their first-game performance against Romania was tidy, despite a resilient and worthy Romanian side. Perhaps the exclusion of Karim Benzema from the squad will prove to be detrimental in the latter stages of the tournament, as Olivier Giroud lacks the same killer instinct. This is where Antoine Griezmann and Anthony Martial will have to step up.

The only thing I can see hurting France’s chance of becoming this year’s champions is the pressure they are under. Not only are they constantly being touted as favourites to win the tournament, they also carry the hopes of an entire nation on their back.

This is true for any host nation, but for France, this is even more so the case when you consider the past 18 months for them as a nation. Terror attacks, industrial action, strikes, protests, floods, and the rise of racism and far-right politics, has seen a France divided. What better way to reunite the country with a win at one of the biggest football tournaments in the world? Didier Deschamps and his very racially diverese Les Blues have the perfect chance to revive an old phrase that was coined after France’s 1998 World Cup victory, “Black, Blank, Beur” (Black, White, Arab)—a play on “Blue, Blanc, Rouge,” like the nation’s flag. Can the team achieve this? Can they deal with the pressure?

Croatia: the best of the outsiders

Croatia’s first game performance was one of the most potent of the round. Croatia have been considerably overlooked in the lead-up to this tournament despite their star-studded line-up, but in their first game clash with Turkey, they proved they are here to cause a ruckus.

While they only scored one goal from a piece of individual brilliance from Luka Modrić, their performance was explosive and exciting—something the ‘big teams’ should be wary of. Turkey had few chances to equalise, while Ivan Perišić and captain, Darijo Srna tirelessly attacked the ri

ght flank in tandem. The unfortunate exit of Srna to visit his father’s funeral however, may cause issues for the side, but their attacking prowess should not be compromised. With Perišić, Modrić, and Ivan Rakitić pulling the strings in midfield with Mario Mandžukić sitting up front, there is no reason why this team can’t make a deep run in this year’s Euro. Showcased in their first game, their depth and quality across all thirds of the park prove that Croatia should be treated as more than just a dark horse.

From what we have seen in these early games, this year’s Euro will offer nothing less than pure excitement; it’s almost impossible to pick a winner. And when even Iceland can hold Cristiano Ronaldo’s Portugal to a draw, and an Italian side that hasn’t been as bad on paper in thirty years can beat a Belgian side full of word-class names, you know this competition will be full of surprises.