Louis van Gaal has already signed two Argentine in the summer – Marcos Rojo and Angel di Maria – and it seems like the Dutchman is keen to add another Argentine to his ranks in the winter transfer window. 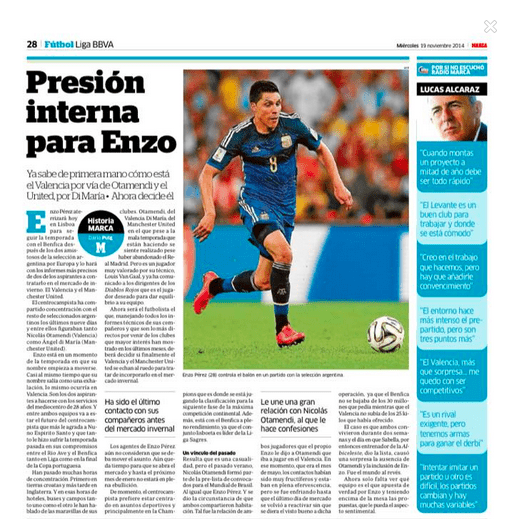 Spanish newspaper Marca has published a story today where they claim Angel di Maria is making a strong effort to lure him to Old Trafford. He has spoken with him and said good words about the club.

Valencia are also thought to be interested in him. Perez has also had a chat with team-mate Otamendi, and now it is up to the player to decide where he will join in winter.

In case, Manchester United make any formal approach for him, they will have to pay his €30m release clause.