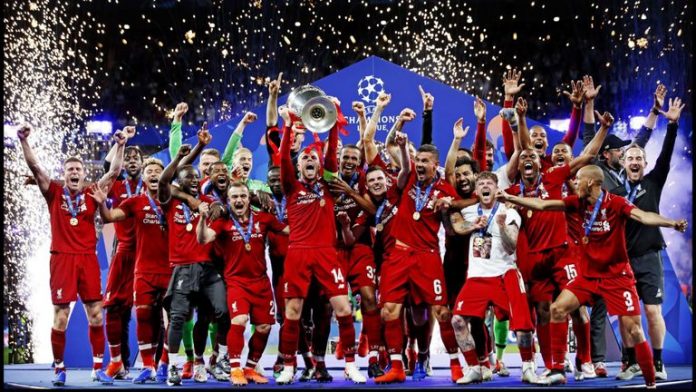 The Premier League still has plenty of representation in Europe this season, with all seven teams through to the knockout stage of their respective UEFA competitions.

The draw has produced some tasty looking ties, with Manchester City’s clash with Real Madrid undoubtedly the standout match-up.

Read on as take a look at each of the ties and predict who we think will progress to the next stage.

City are favourites with PowerPlay to win the Champions League despite being handed a tough draw against Real Madrid in the round of 16.

However, the La Liga side aren’t the force of old and this looks a winnable tie for Pep Guardiola’s side.

With defender Aymeric Laporte likely to be back in action for City by the time these two teams meet, City look a good bet to progress to the quarter-finals.

Liverpool finished top of Group E in the opening phase of the competition, although they did have a couple of scares along the way.

Atletico secured second place behind Juventus in their group, but their overall form this season has been patchy.

The Reds have reached the final of the Champions League for the last two years and they are strongly fancied to see off Atletico’s challenge in this tie.

Spurs were beaten twice by Bayern Munich in Group B, but collected 10 points from their other four matches to qualify alongside the Bundesliga giants.

Leipzig topped a tricky looking group ahead of Lyon, Benfica and Zenit St Petersburg and could prove troublesome opponents for Spurs.

However, with manager Jose Mourinho now pulling the strings the Premier League side should make it through to the last eight.

Bayern smashed 10 goals past Spurs in two group games and will fancy their chances of knocking Chelsea out of the competition.

The Blues did well to finish ahead of Ajax in their group, but Bayern possess the firepower to expose their defensive weaknesses.

The lifting of their transfer embargo may help Chelsea’s cause if they can improve their squad in January, although it’s difficult to envisage them having enough quality to beat Bayern.

Manchester United are currently favourites to win the Europa League and are a confident pick to progress past Club Brugge in the round of 32.

United finished ahead of AZ Alkmaar to win Group L and appear to be progressing nicely under manager Ole Gunnar Solskjaer.

Brugge finished third in their Champions League group despite failing to win a match and are expected to be outclassed by United.

Arsenal reached the final of the Europa League last season and should be far too strong for Olympiakos in this tie.

The Gunners haven’t been in great form in the Premier League, meaning this competition is their best route into the Champions League.

Olympiakos can be troublesome on their own patch, but their overall record against English clubs is poor and Arsenal should have enough about them to reach the last 16.

Wolves easily progressed out of Group K alongside Braga and will fancy their chances of beating Espanyol in the first knockout stage.

The Spanish side finished top of one of the weakest groups in the opening phase, but they are struggling badly in La Liga.

Nuno’s side have the ability to go a long way in the season’s Europa League and are fully expected to ease past Espanyol.