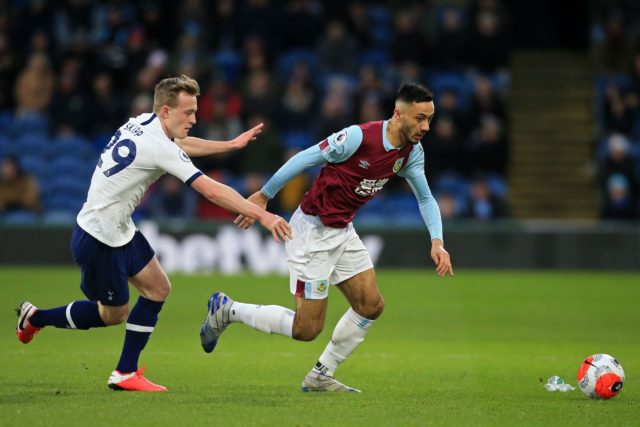 Burnley winger Dwight McNeil has repeatedly been linked with a move away from Turf Moor this summer.

According to Football Insider, Everton are pushing to sign the highly talented winger, but they face strong competition from Aston Villa.

McNeil has been outstanding for Burnley over the past year, and it is no surprise that his performances have caught the attention of other Premier League clubs.

Everton need more depth in wide areas, and the Burnley star would be a superb long term investment.

However, they will have to sell before buying any more players due to financial fair play regulations. This could give Villa an edge in the transfer chase.

McNeil bagged two goals and five assists in the Premier League last season, and he has a contract with Burnley until 2024.

The 21-year-old has already demonstrated his quality but still has plenty of room for improvement over the next few years.

The young winger has settled well in the Premier League already and could make an immediate impact at Goodison Park or Villa Park.

Villa are also keen on signing Bayer Leverkusen winger Leon Bailey, and it is unlikely that they would acquire both players.

The Midlands club have already splashed the cash on Emiliano Buendia, while Ashley Young has been signed on a free transfer.

The way could be clear for Everton to snap up McNeil, providing they can get some players off their books.