Italian daily Tuttosport has claimed that Alvaro Morata is now a Juventus player. It is believed that the Serie A champions have paid Real Madrid a figure €18m for securing the services of the the Spanish striker. However Los Blancos can repurchase the player for double the price after a buy back clause has been inserted in the deal.

The player will now earn around €2.2m net per season at Turin for the coming four years, plus an option to extend for a further year. The Old Lady are also on the verge of signing Manchester United left back Patrice Evra. 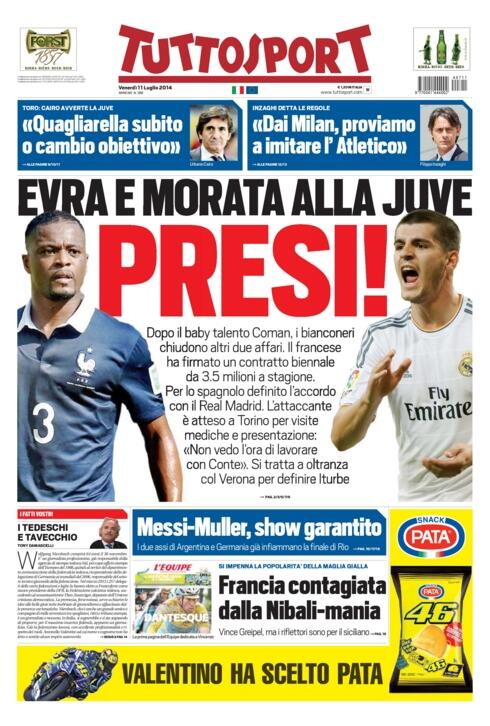 We had earlier reported that the fee for Evra will be around €2m and the French left back will earn €3.5m per year for two seasons at Turin. The player had earlier signed a contract extension at the end of the 2013-14 season.

Read here on how Evra’s wife Sandra convinced him to leave Old Trafford for a fresh challenge.