Borussia Dortmund have rubbished reports that Turkish midfielder Ilkay Gundogan is to leave the club; with the midfielder having been linked with Real Madrid and Man Utd in recent weeks. 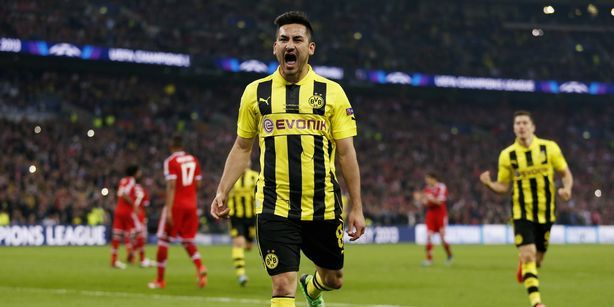 Club executive Hans-Joachim Watzke told German newspaper Bild (via Sport.es) that there has been no indication that Gundogan wants to leave the Bundesliga,

“We do not know from Ilkay or his father that he wants to leave,” said Watzke,

Gundogan’s contract with the German giants ends in 2015, and with a reported weekly wage of £25,000, a selection of European heavyweights are reported to be interested in offering the Turk a bumper new deal so as to lure him from the Westfalenstadion.

Real were said to be the front-runners for his signature, with Man Utd and Barcelona also looking at the powerful midfield man, but the German side are holding firm in their wish to keep the youngster in the Bundesliga.

Spanish newspaper ‘Marca‘ had claimed that Real had a pre-contract agreement with the player, but Dortmund’s statement has seemingly ruled this out.

Man Utd boss David Moyes has been linked with a whole host of star midfield names across Europe in recent weeks, as he gears up to strengthen his squad in January.

Everton’s Ross Barkley has today been reported to be high on the Scot’s transfer wish-list, but he may have to cross out Gundogan, with Dortmund seemingly resolute over their star player.

What do you think? Should Moyes persist with Gundogan? Let me know in the comments below…