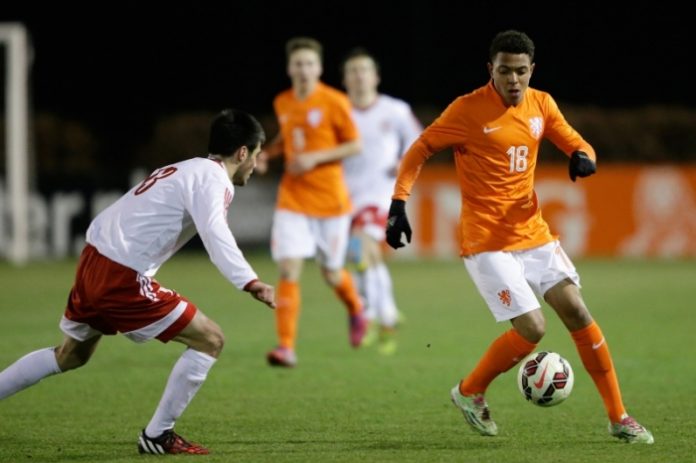 According to the UK media, Arsenal are closing in on a move for Ajax striker Donyell Malen.

Barcelona were thought to be monitoring the talented young striker, but it appears that Arsenal’s close ties with Ajax have proven decisive. Former Gunner, Dennis Bergkamp, the assistant to Ajax manager will have helped the Gunners to secure pole position.

Malen, represented by super agent, Mino Raiola is considered a future star in Holland and will now sign a scholarship contract with Arsenal.

Previously, the Dutch media reported Arsenal’s interest in the striker and claimed that he should stay at Ajax and continue his development.

However, it seems Raiola is keen for his client to make the move and Malen could leave Ajax soon.

Earlier this summer, Arsenal sent Yaya Sanogo on loan to Ajax. Rumours suggest the loan move could have been a sweetener in the Malen deal.

Malen is rated highly by the academy staff at Ajax and could be a star for Arsenal in the coming years. However, it all depends on how well he is developed at Arsenal for the next few seasons.

Although Raiola is keen to bring his client to England, it would perhaps be wise of Arsenal to loan him back to Ajax so that the player can continue his development at a club, that allows teenagers like Malen to break into the first team picture.