The most disappointing players of the World Cup – who makes the list of shame? 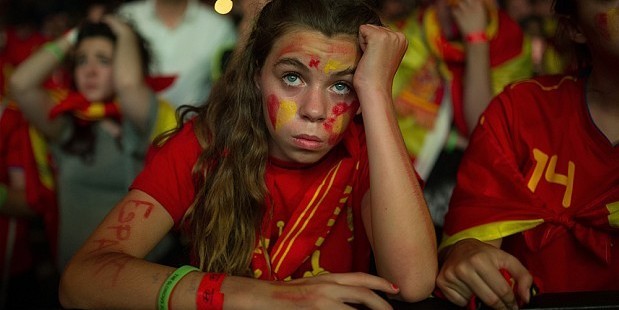 The World Cup in Brazil held so many captive with wonderful displays of world class football, but what about the opposite end of the scale? We also wintessed players that disappointed on similarly majestic levels. (Did somebody at the back just say “Brazil in the semi-final”?!)

So who are the players that we expected so much of but received so little? Who were the biggest letdowns of the tournament?

Heralded as one of the greatest players in the world, on par with the likes of Messi and Neymar, Cristiano Ronaldo failed to set the stage alight in Brazil. Portugal were ranked in the top 5 teams in the world going into the tournament and had only to stave off the challenge of the USA, a nation often maligned on the international stage, but they possessed much greater fight in actuality.

Ronaldo has been a one-man-army at times for his national side, turning games around with his lightning pace, deft skills and unprecedented ability to read crosses. Very little of these talents were seen in Brazil though, even his free-kick genius evaded him. The Portuguese crumble, similar to that of the Spaniards, was caused by a big upset in the first game, crushing the confidence of the camp from which they never recovered. Even the victory over Ghana was a tough slog and never looked certain.

Ronaldo’s two biggest moments of success in South America were…

1. The superb cross for Varela in the dying seconds of the game against USA, to rescue a point in the second group game

2. His goal against Ghana to give the Portuguese their one and only victory

The Real Madrid superstar holds himself to a much higher standard than that and he will be desperate to get back to the cloud he was floating on going into the tournament, on the back of lifting the Champions League trophy.

With Ronaldo, it wasn’t so much that he was terrible, more that he wasn’t brilliant. He has set a precedent for himself and few expect him ever to fail to live up to those giddy heights. 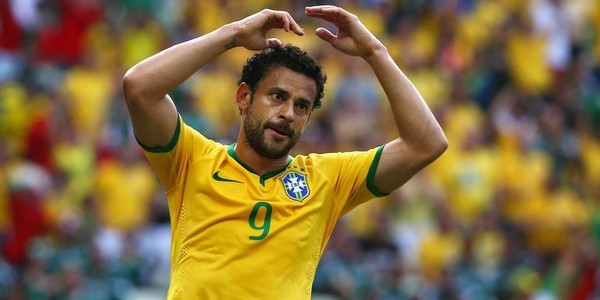 Prior to the World Cup, Fred had a very impressive scoring record for the national side, as well as being extremely prolific at club level for Fluminense. The expectations on the 30-year-old were to link up with Neymar and form a rich partnership full of goals and light up the world stage for the hosts. This never came to fruition though, Neymar failing to find the love he wanted from the former Lyon striker, who only hit the back of the net once and struggled to impose himself in a convincing fashion.

Hulk felt similar frustrations, failing to find the target on most opportunities, leaving Chelsea’s Oscar as the only other threat that ever looked likely to rescue Brazilian fortunes in front of goal. 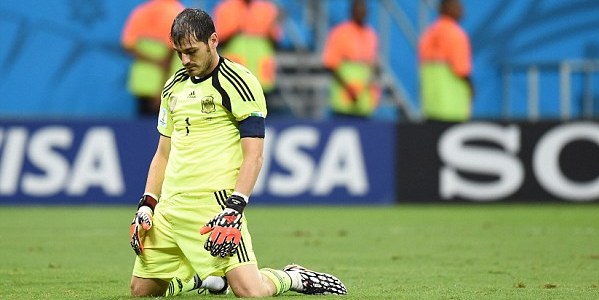 The Real Madrid keeper is renowned for making the odd howler and poor decision, but in Brazil he surpassed all previous blunders by being consistently poor for the entire (albeit a short-lived) tournament.

Casillas’s poor performances were not necessarily the worst from a goalkeeper at the World Cup, that ‘honor’ surely goes to Stipe Pletikosa of Croatia for single-handedly (well, perhaps in alliance with the ref!) surrendering the opening game to the hosts. However, Pletikosa wasn’t keeping out the Dutch in the previous World Cup final, so the disappoint is smaller, compared with Casillas’s fall from grace.

Almost the entire Spanish team could be considered in this category, collectively disappointing their nation as well as many, many neutral fans, who were hoping to see the flair they were reputed for prior to June.

Wayne Rooney of England also failed to impose himself on a team that is in the middle of a large transitional period. The Manchester United striker played as if he didn’t belong and didn’t appear to have his heart in the team the way he has in previous big tournaments.

Brazil’s entire defensive line against Germany were exceptionally poor, the biggest disappointment of which being David Luiz who went into the competition fresh from becoming the most expensive defender of all time but played very poorly at the back. He caused some threats going forward, but found himself lost on far too many occasions, letting players roam freely in the Brazilian penalty area.