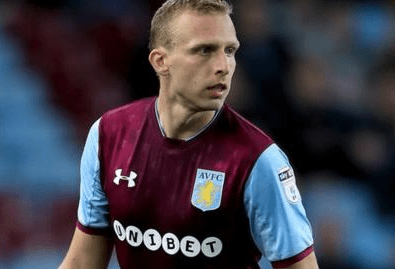 Aston Villa confirmed on Saturday that Ritchie De Laet had been released and would officially leave at the end of his contract in late-June. According to Voetbal Nieuws, Royal Antwerp could sign the right-back this summer after De Laet recently admitted in an interview with Sporza that he’s interested in returning to Belgium.

The 30-year-old’s career began in Antwerp, rising through the youth ranks to the Belgian’s first-team in 2006 before joining Stoke City a year later. De Laet signed for Manchester United in 2009 and spent three years at Old Trafford before he switched to Leicester City.

And after four years at the King Power Stadium, the Belgian international left for Villa. He struggled for form, fitness and playing time, however, making 14 appearances in all competitions and was loaned out back to Antwerp (January 23, 2018 – June 30, 2018) and Melbourne City (September 14, 2018 – June 30, 2019) as a result of the lack of minutes.

De Laet’s contract was up this summer and Villa have opted not to renew his deal as Alan Hutton and Ahmed Elmohamady were preferred at right-back. Next season, James Bree and Frederic Guilbert are expected to return to the first-team which will be added competition for places.

Voetbal Nieuws believe a third stint at Antwerp is on the cards, although there’s no official confirmation.