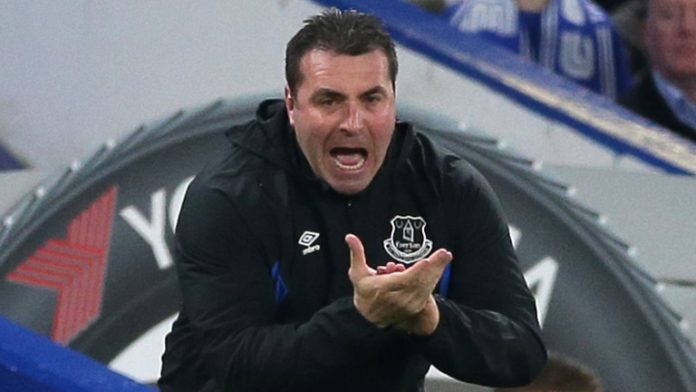 So happy to sign my first professional contract till 2023. I want to thank the club for showing such belief in me. Looking forward to the future ? pic.twitter.com/ONrHaNMojD

Gordon has progressed swiftly through the youth ranks since arriving seven years ago and is already eyeing permanent promotion to the under-23’s having featured mainly for the under-18’s of recent.

The England youth international made his first-team debut in December 2017, coming on for the final two minutes in the Europa League match away to
Apollon Limassol which ended in a 3-0 win, and he has huge potential without a doubt.

“I’m delighted. When you are 17, you are always looking over your shoulder and wondering: ‘Is it coming?  Is it coming?,” Unsworth told ECHO.

“But his performances have been fantastic for us, he’s a great lad and we’re delighted to have got his signature on a contract.  He’s got a bright future.”

Gordon has had to settle for a role on the substitutes’ bench with the under-23’s – currently four points clear atop the Premier League 2 table with just three games left – but he is catching the eyes with his performances, and Unsworth is certain he will break into the team soon.

The teenager assisted Nathan Broadhead’s second goal in the 2-0 win over Liverpool two weekends ago and was also impressive against Arsenal last weekend, and he definitely will be on manager Marco Silva’s radar if he keeps on impressing at this rate.