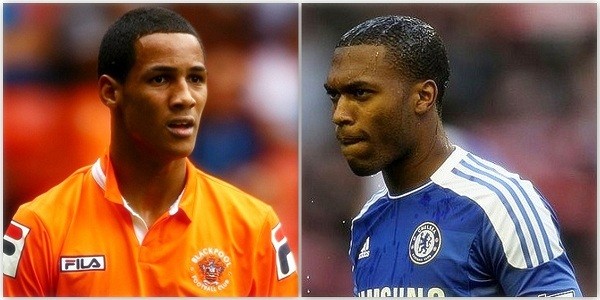 According to reports, Liverpool will announce these two deals in the first week of the winter transfer window. Although none of the clubs involved have confirmed this officially, Rory Smith of Times has tweeted that the clubs have reached an agreement:

“Liverpool should announce Sturridge + Ince in the first couple of days of Jan. Deals done.”

Tony Barret (of Times) has also confirmed this news stating:

“My understanding is that Liverpool remain confident of signing Sturridge despite a hitch in the last couple of hours.”

Daniel Sturridge has made only one start in the Premier League this season and his last appearance for Chelsea was in the match against West Brom last month. The former Manchester City striker has made 62 appearances for the Blues since joining the club in 2009, but has failed to grab a permanent place in the first team.

This might well be Sturridge’s last chance to shine and at Liverpool he is sure to get his opportunity. Brendan Rodgers’ side are currently short in numbers upfront. After the departure of Andy Carroll at the start of this season, Liverpool were left with Luis Suarez and Fabio Borini as their only recognised senior striker in the squad.

Borini suffered from an injury, while he was on international duty, and that exposed Liverpool’s thin squad once again. Brendan Rodgers has even started midfielder Jonjo Shelvey in the role of striker when Suarez was suspended.

Daniel Sturridge will certainly add a lot of depth to the striking department, but he would need to improve his overall game to stand a chance of succeeding at a club with such high expectations.

Liverpool are also closing in on Tom Ince, a player who joined Blackpool from Liverpool at the start of last season. The 20-year-old has been in fine form this season and has racked up an impressive tally of 13 goals and nine assists in 20 appearances.

Ince would add more quality to an already impressive list of young and talented players in Liverpool at the moment. Brendan Rodgers has already stated his desire to rest Raheem Sterling and Ince’s addition would help him in doing so.

Liverpool are expected to be one of the most busiest clubs in England during the winter transfer window. Brendan Rodgers has missed out on lot of his transfer targets last summer, but this time around he will ensure that lands his targets as early as possible.

The arrival of Sturridge and Ince could be just the start of the most important month in Liverpool’s season so far.