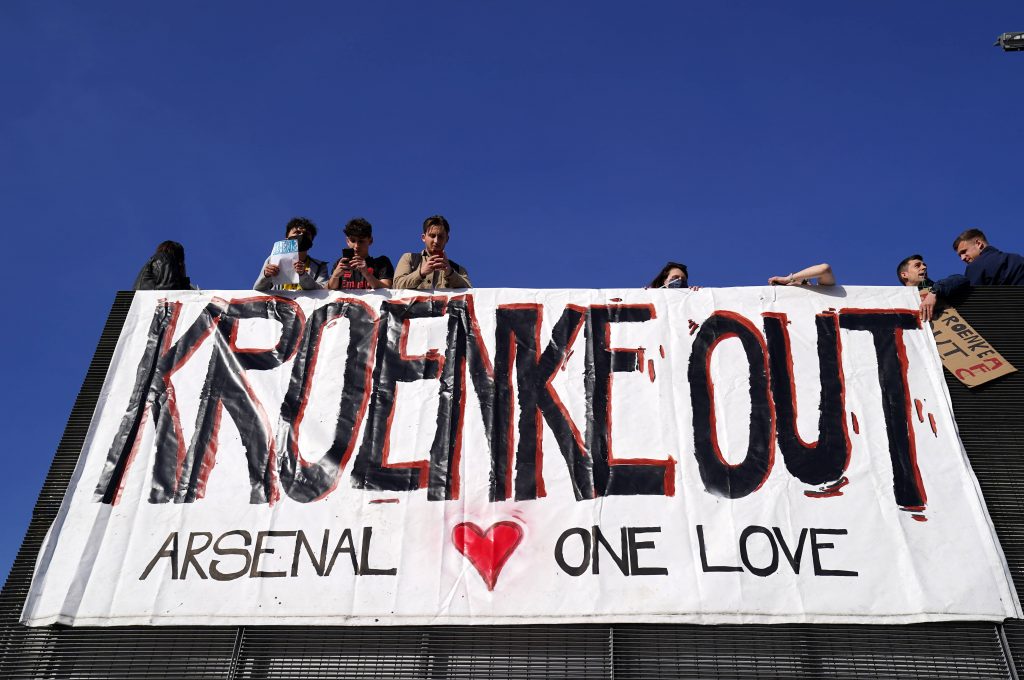 Spotify founder and Swedish billionaire Daniel Ek recently said that he is ‘very serious’ about buying Arsenal and has already secured funds for a potential takeover bid.

Kroenke and his son Josh have since released a joint statement that they are ‘100% committed‘ to the club and have no plans of listening to any offers.

However, as we reported earlier today, Ek has confirmed that he wants to buy his favourite club and is eager to seal a deal with the Kroenke family.

Ek has a net worth of around £3.17 billion, and he may not afford the reported £2.15bn valuation to purchase the club outright without the involvement of a consortium or partner.

It has recently been reported that Gunners legends Thierry Henry, Patrick Vieira and Dennis Bergkamp have joined forces with Ek to push through a potential takeover.

As things stand, the Kroenke Sports and Entertainment (KSE) group are unmoved from their not-for-sale stance, but it could be an interesting summer ahead.

KSE have promised to provide funds for investment at the end of the season, but limited transfer activity may lead to further criticism from the fans.

Ek has shown that his desire to buy the Gunners is not a publicity stunt. It remains to be seen whether he can deliver the promise and gain control of the club in the long term.

Read: ‘If I can help Arsenal, I will’: Arsene Wenger makes Gunners plea amid takeover talk.