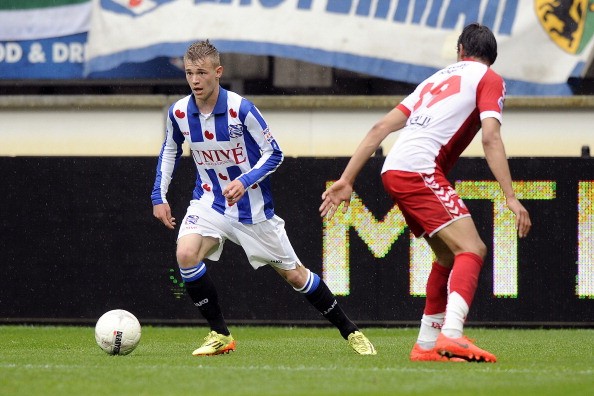 Dutch central midfielder Daley Sinkgraven has expressed his desire to play for one of the big clubs in La Liga. The 19 year old Heerenveen midfielder has been in fine form for this club and has attracted a lot of interest, notably from the likes of Ajax and Manchester United.

Since the departure of Hakim Ziyech to FC Twente, Sinkgraven has been the centre of attraction at Heerenveen and has been linked with moves away from the Abe Lenstra stadium.

The Dutch starlet has been scouted heavily by the likes of Manchester United, following the appointment of former Netherlands manager, Louis Van Gaal. However Sinkgraven is much more attracted towards Spain and confirmed his desire to move to La Liga.

“It would be nice if I get to play for one of the big clubs in Spain”, he said.

Sinkgraven also revealed to The Telegraph that he looks up to the Barcelona stalwart, Andres Iniesta, as his footballing inspiration and would like to follow in his footsteps and establish a successful career in Spain.