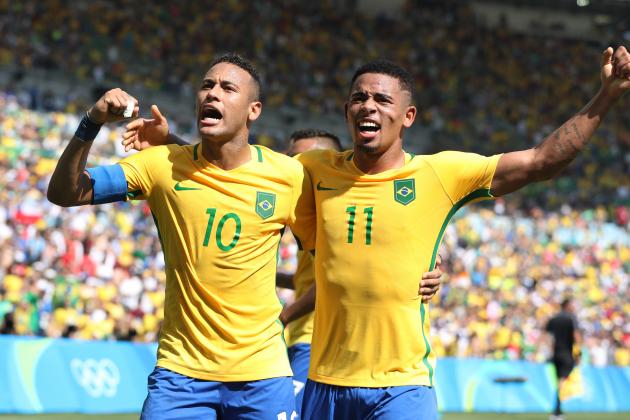 The current international break will once again give players the chance and opportunity to stake their claims for permanent berths in their respective national team squads, and that could be the case between a certain Premier League trio.

Everton’s Richalison, Liverpool’s Roberto Firmino and Manchester City’s Gabriel Jesus have all been called up to the Brazil national team for this month’s friendlies against Argentina and Saudi Arabia, and the trio will be battling for a chance to become the country’s permanent number 9.

Jesus led the line for the South Americans at the summer World Cup, but he failed to impress, leading to his exclusion from the squad last time out in September.

Brazil’s boss Tite decided to hand Richalison his first call-up instead, and the 21-year-old justified his inclusion with a brace in the 5-0 demolition of El Salvador.

Firmino, who many reckon deserved to spearhead the Selecao’s attack in Russia, also made a case for himself, bagging a goal in the 2-0 win over USA.

However, based on current form, it is the Everton star that is winning the race to become his country’s starting striker.

Jesus has only scored one Premier League goal so far this season, with manager Pep Guardiola playing Sergio Aguero as his first-choice striker.

Firmino has been great, scoring two and assisting two others in eight league games, while also bagging the winner against PSG in the Champions League.

But Richarlison’s return of four goals in six Premier League games means he is doing better than any Brazilian forward in the top-flight, and should he keep scoring on a consistent basis going forward and eventually outscore both Jesus and Firmino for both club and country at the end of the season, the youngster will likely become Selecao’s permanent number 9 for the time being.

The former Watford man is a nuisance to defenders and has the potential to become the Ronaldo successor the great footballing nation has always craved.