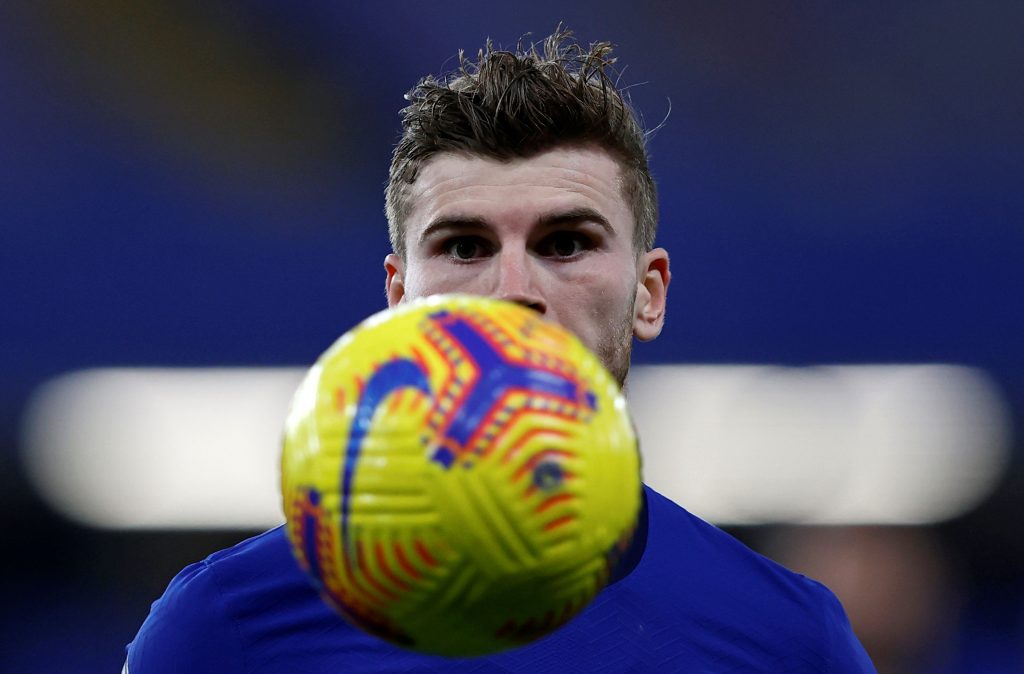 Chelsea manager Thomas Tuchel has been tipped to turn Timo Werner back into a prolific striker.

Werner broke his 14-match Premier League goal drought against Newcastle United on Monday to help the Blues climb into the top four.

The 24-year-old has struggled to live up to his lofty reputation since joining Chelsea, but former Arsenal star Perry Groves believes that Tuchel will transform his fortunes.

“I like Timo Werner,” Groves told talkSPORT. “He’s been playing in different positions but he wants to play at centre-forward, and what I like about him is he never gives up.

“Even when he misses chances, he’s always making the runs and always getting in the right positions. He scored a goal and made the first goal too, and it was no more than he deserved.

“I think Tuchel could turn Werner into the player he was at RB Leipzig and goes back to a striker who gets 25 goals a season.”

Werner produced an impressive display against the Magpies and will be keen to continue in the same vein during the rest of the season.

The £53 million summer signing has taken time to settle into English football, but last night’s performance was undoubtedly a step in the right direction.

Werner’s cause wasn’t helped by former manager Frank Lampard’s lack of tactical acumen and playing under Tuhcel should prove to be beneficial.

The German boss has quickly got Chelsea heading in the right direction and he is the right man to get the best out of Werner.