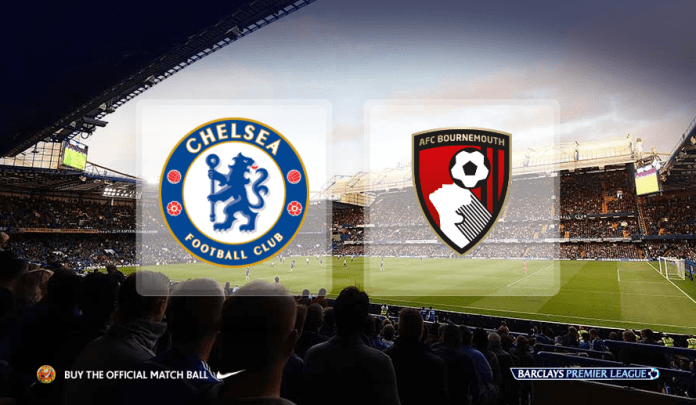 Jose Mourinho will be looking for a comfortable win when his Chelsea side host Bournemouth on Saturday evening.

After a catastrophic start to the season, the champions having managed to get themselves back on track in recent weeks and picked up some important results against Norwich, Maccabi and Tottenham.

Although Chelsea are well and truly out of the title race already, the Blues will be looking to finish in top four and qualify for the Champions League next season.

Mourinho is aware that his side need to win games like these in order to close the gap with Tottenham and Liverpool. The Portuguese will be hopeful that his side’s recent upturn of form will be enough to see off a struggling Bournemouth side.

After a poor start, Chelsea have improved as an unit and have not conceded a goal in their last three matches (in all competitions). The likes of Hazard and Fabregas have looked lively in the recent games and will look to get back to their very best with the business end of the season fast approaching.

Meanwhile, Bournemouth are going through a rough patch and will face a huge challenge at Stamford Bridge tomorrow. They have endured a difficult time in the top-flight this term and have failed to win a league game since September.

The away side are one of the favourites to go down this season and coming up against a hungry Chelsea side won’t help their cause one bit. Having said that, Chelsea will have to be careful against an upbeat Bournemouth side who have drawn their last two games against Everton and Swansea.

The Chelsea came from behind twice to seal a thrilling 3-3 draw against Roberto Martinez’s Everton side last weekend.

Junior Stanislas netted a 98th-minute equaliser and scoring three goals against an impressive Everton will inject some much needed belief in the team.

Mourinho is set to be without the services of Chelsea captain John Terry as he continues his recovery from an ankle problem while Ramires is also a doubt following the muscle injury he picked up against Maccabi in the Champions League.

Radamel Falcao and Thibaut Courtois are back in training but are expected to sit out the game against Bournemouth.

As for the away side, Eddie Howe has had to deal with a number of injuries to his first-team squad and it is unclear whether goalkeepers Artur Boruc and Adam Federici will play any part against Chelsea.

Harry Arter is also doubtful for the game with a hamstring issue.

Bournemouth have failed to win their last 8 matches in the Premier League.

Chelsea have won four of their last 5 matches against Bournemouth.