Ever since Jose Mourinho has returned to the Chelsea managerial hot-seat for the second time around, there have been wide spread rumours that the Portuguese is not a big fan of Juan Mata and could sell him in the summer as he wants to raise funds to re-shape the squad according to his own taste.

Mata recently admitted that he is not aware of such rumours as nobody ever told him that he is unwanted at Chelsea. The Spaniard insisted that he is happy at the London club and will meet his manager after the Confederations Cup is over.

Catalan newspaper Mundo Deportivo has published a story on their front page that claims La Liga champions Barcelona are interested in buying Mata and he is seen as a perfect replacement for David Villa, who is a target of the Premier League side Tottenham.

In other news, striker Fernando Torres has brushed off speculations linking him with Barcelona and is eager to hold talks with Mourinho.

The 29-year-old admits that he has a personal relationship with Sandro Rosell, the Barcelona president but he is currently not thinking about moving elsewhere.

Torres, who is in Brazil with the Spain squad at the Confederations Cup told Onda Cero as quoted on Sky Sports:

“I look forward to talking with Mourinho and to know what plans he has for me.

“The first thing I am aware of is he will expect much more from me, I expect more from me. Now I have pressure Mourinho adds and that’s a challenge for a player.”

“I want to talk with Mourinho and then prepare for the coming season.” 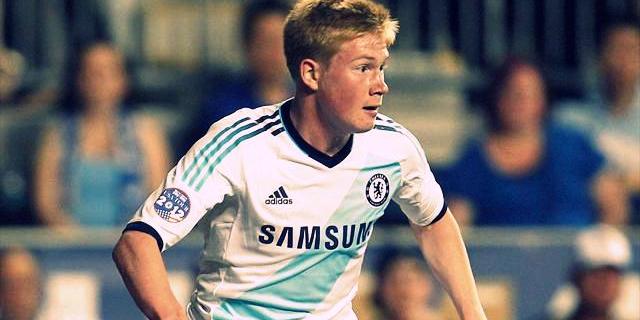 The 21-year-old spent the last season on loan at Werder Bremen and is interested to join the Champions League runners’ up.

“We are interested in the signature of Kevin De Bruyne. We are not at the helm in this respect, of course.

“I am, however, able to confirm the player does want to make a transfer to our club.”

To wrap the segment, Chelsea are looking to sign £10 million rated French midfielder Geoffrey Kondogbia, who plays for Sevilla. The 20-year-old, who finished his first season at the Spanish club after joining from Ligue 1 side RC Lens, has still four years left in his contract.

According to reports from the Evening Standard, Chelsea scouts have watched the defensive midfielder extensively even before Jose Mourinho was appointed and the youngster could join the club in the summer.