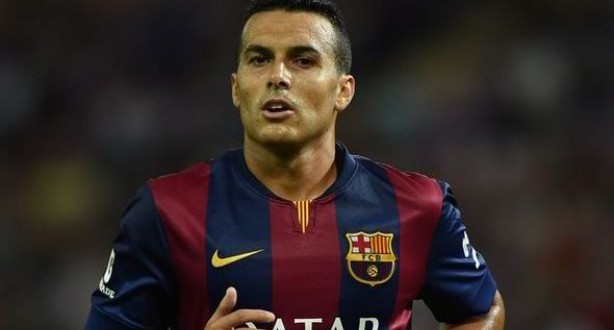 Chelsea will not be buying a winger in this transfer window unless they lose one of their current players, manager Jose Mourinho has confirmed. The Portuguese said in an interview to Sky Sports today that Barcelona’s Pedro is not his agenda, while confirming his interest to sign a defender.

This almost certain confirms Chelsea’s desire for Everton centre-back John Stones. The Blues had an initial bid of £20 million rejected for the Englishman, but are expected to come back with an offer of £26 million.

“I am looking for a defender to finish this balance in our squad and after that we are ready to answer anything that can happen to our players,” he said.

Mourinho went on to say that while Chelsea have been linked with a move for Pedro in the last few days, he does not need the Spaniard as he already has five attacking midfielders – Oscar, Willian, Eden Hazard, Juan Cuadrado and Bertrand Traore. “I have five wingers, if I lose one maybe I am interested in another but at this moment I have balance and quality and numbers.

“It’s a big challenge for us to go through the season with basically the same team and squad from last season.”

This is good news for Manchester United, who have also been interested in the 27 year-old as well. We covered earlier today why he would be the perfect fit in Louis van Gaal’s side.

One man not included in that quintuplet mentioned by Mourinho is Mohamed Salah, who looks set for another loan deal after his time in Fiorentina last season. A whole host of Italian clubs are interested, and Mourinho has stated that he does not see his future at Stamford Bridge next season. “I see his future elsewhere,” said Mourinho. “Either on loan or sold with an offer we are happy to accept. We have five wingers and it is better not to have Salah back.”

The Egyptian is being courted by Inter Milan and Juventus, and it will be interesting to see where he ends up next season.