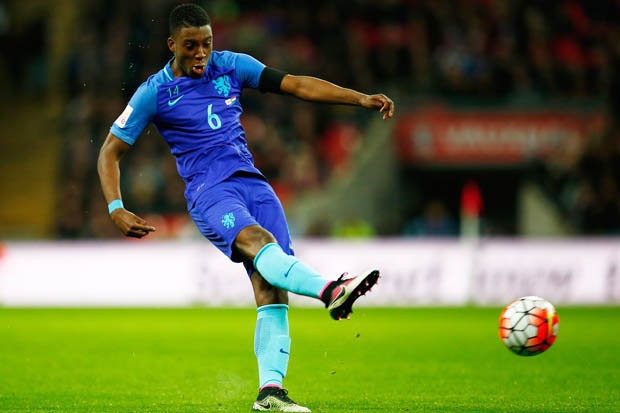 Chelsea are looking to strengthen their midfield options this summer and it is being reported that the Premier League giants considering making an offer for the highly talented Ajax midfielder Riechedly Bazoer.

Bazoer has attracted a lot of interest from several European heavyweights like Barcelona, Manchester United, Manchester City and Bayern Munich because of his outstanding performances this season and Chelsea are willing to submit an acceptable offer of around 31 million Euros for the Holland midfielder.

The Blues have been linked with the likes of Nainggolan, Andre Gomes amongst others over the last few months and it makes sense for them to consider Bazoer as well. The young Ajax midfielder’s maturity belies his years and in the right environment, he can develop into a world class midfielder.

Recently Bazoer turned down a move to Napoli despite Ajax accepting an offer and it remains to be seen if he will accept a move to Chelsea. The player himself said earlier that he wishes to stay at Ajax and continue his development with regular first-team football.

Regardless of this talent, it might not be possible to play week in week out at a club like Chelsea and the player will be forced to make a choice if Ajax do accept Chelsea’s offer when it is submitted.