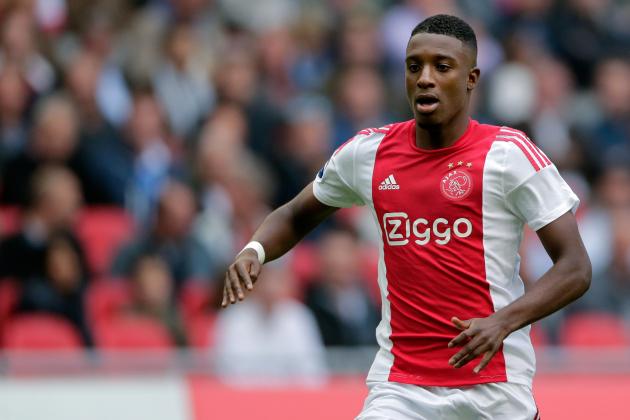 Chelsea are reportedly trying to secure a deal for Dutch youngster Riechedly Bazoer, according to reports from Catalan newspaper Sport.

Bazoer is a 19-year-old central midfielder, who has been touted as one of the brightest prospects emerging out from Holland. He is a fine young talent and has been rapidly progressing at Ajax.

Sport claims that Chelsea have contacted Ajax over a possible move and are currently locked in negotiations with the Dutch club. The Blues are keen to wrap up the deal at the earliest, as they fear European champions Barcelona might swoop in.

Barcelona’s sporting director Robert Fernandez has watched the player live in action on a few occasions along with Ajax manager Frank de Boer. Barca believe that Brazoer is a great talent who need time to mature.

The Dutch youngster is known for his versatility and can play in the centre of defence or in the midfield. His progression in the last few months has been simply impressive. Marc Overmars said that he hopes to keep the rising star for one or two seasons more at the Dutch club, but Chelsea want to pry him away at the earliest.

He has a contract with Ajax until 2020. Sport believe that Ajax would be ready be sell Bazoer, should they get an offer in the region of €20m for the youngster.