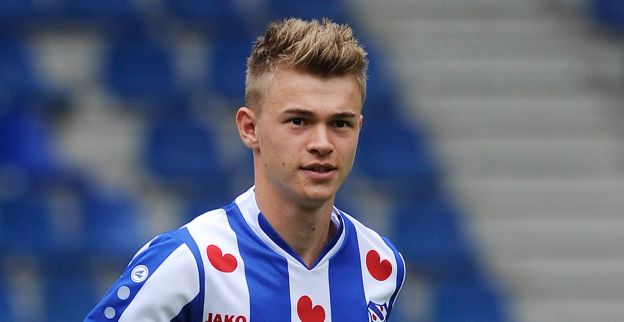 Chelsea have a good supply line and grooming connection with Dutch clubs, just like Arsenal have with French clubs, with a slight difference.

In Arsenal’s case, Wenger takes player from French clubs and nurtures them properly. By natural law, fittest survive, rest fades into oblivion. Chelsea have a different system. They have a good supply and grooming channel in Holland (mainly Vitesse) but when it comes to showing the progress report of what has been done with countless number of young talents that are either signed/sent for grooming elsewhere that stats are damningly alarming. Put it simply, none makes to the senior grade.

Matt Dickinson of The Times once wrote in his column that Chelsea’s biggest problem is not about winning the Champions League, nor the Premier League, but developing players from the academy. It won’t be too long when young players while deciding their future will realise that at Chelsea, you have to be in the hazard or Oscar level to get regular games. There is no patience whatsoever from the club to harness the raw potential.

This could be one of the reasons why Croatian wonderkid Andrej Kramaric rejected to join Leicester City! It’s simple – at this age, players need games.

And that could happen with yet another Dutch starlet Daley Sinkgraven, who is also thought to be a reported target of Manchester United.

Chelsea scout Piet de Visser has admitted Heerenveen midfielder Daley Sinkgraven is a possible target for the London giants, as per reports.

“On Daley Sinkgraven, I find it very difficult to say anything because I’ve agreed with Chelseathat I will not speak about the talents that are on our list,” de Visser told Voetbal International, via IBTimes.

“I follow him and that goes beyond watching a game from time to time.

“I look for five things, technique, anticipation, passing, dribbling, vision. Can he read the game, see the right solution?

“Physically, has he speed, power, endurance and mental dexterity? He absolutely has to have the will to win. And finally, how is his character? Including the family that he comes from. Is he stable?”

The player himself however maintains that he is not yet ready to move, and expressed his desire to play for Ajax.

“I see it is a compliment that such big clubs are interested,” Sinkgraven said in November.

“I would first prefer to play at the top of the Netherlands. I think it is too soon to move to a foreign country. Ajax would be a nice step.”

Think it is a good decision from his part. The player is not comfortable in moving abroad at the moment, but he feels he could develop into a good player at Ajax. At Chelsea or may be at United, there are high chances that he may struggle to get regular games, and then all of a sudden his progress will be halted once he is loaned elsewhere.