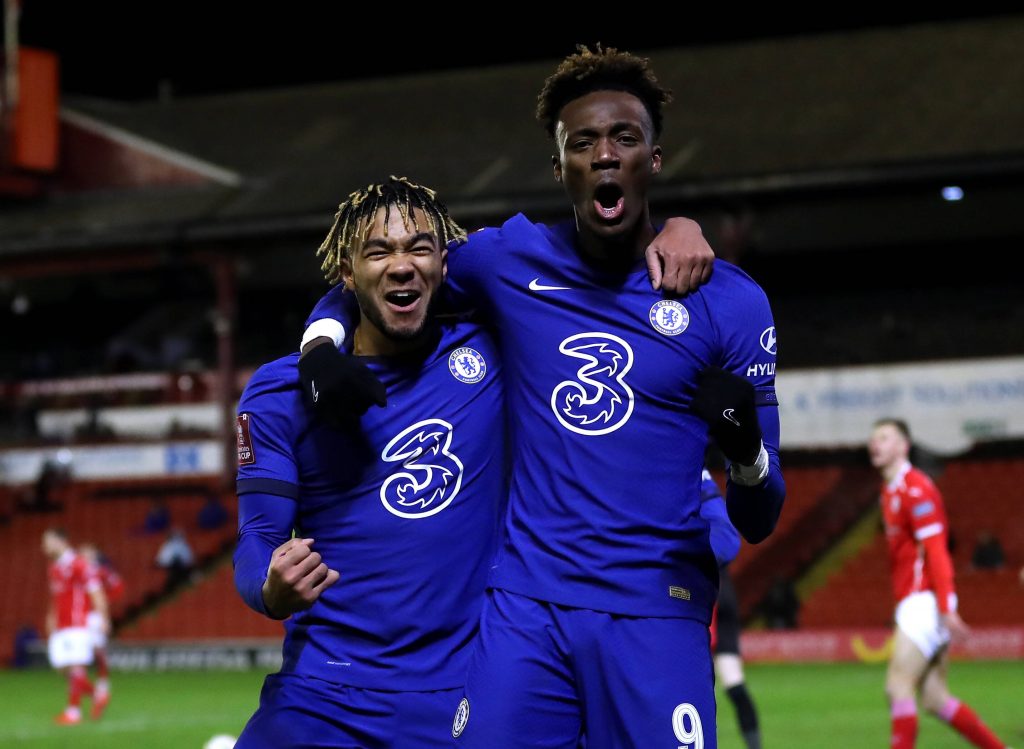 A selection of Chelsea fans on Twitter believe Tammy Abraham could be heading for the exit door after failing to make the matchday squad for the FA Cup final defeat to Leicester City.

The England international is the club’s joint top-scorer this term with 12 goals from 32 appearances, but he has played just 17 minutes of first-team football since the beginning of March.

He was recently excluded for the 1-0 Premier League defeat against Arsenal at Stamford Bridge, and it was the same case for the FA Cup final, where he was snubbed from the 20-man matchday squad.

The Blues suffered a disappointing 1-0 defeat at Wembley Stadium as Timo Werner and Olivier Giroud struggled to make a mark.

Youri Tielemans bagged the winner for the Foxes in the 63rd minute with a stunning 25-yard strike to find the top left corner.

Abraham’s future has been a regular topic of speculation in recent months, and some of the club’s supporters believe he could pursue a fresh challenge elsewhere when the transfer window reopens this summer.

And it also looks increasingly likely that both Tammy Abraham and Olivier Giroud will be leaving the club in the summer. (6/6)

Tammy Abraham is 100% off in the summer today but we already knew that didn’t we.

He’s not in the Chelsea squad today.

We can now confirm that it's bye bye for Tammy Abraham from this team.

Man has no future in this club surely. All the best in his career.

Top scorer at the club despite lack of game time. Fired us through the earlier rounds. Not even considered worth a place on the bench #cfc #FACupFinal #CHELEI

Abraham is currently valued at £36 million by Transfermarkt. He won’t be short of offers with interest from West Ham United, Leicester and Aston Villa.

He has just over two years remaining on his contract, and his lack of playing time over the past few months could drive down the transfer valuation.

Thomas Tuchel is likely to be backed with a £150m transfer kitty this summer, and Abraham could be sold to accumulate more funds for new signings.