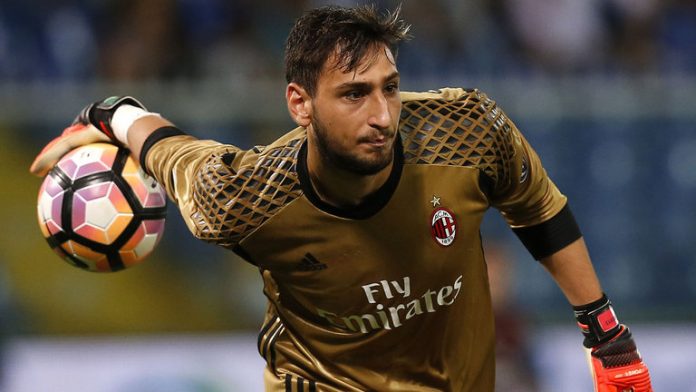 Chelsea have been linked with a move for AC Milan goalkeeper Gianluigi Donnarumma.

With Real Madrid hoping to sign Thibaut Courtois this summer the Blues are scouring Europe for possible replacements and Corriere dello Sport has claimed that Donnarumma is on their shortlist.

Milan are having to balance the books after being thrown out of European competition following breaches of Financial Fair Play regulations.

A fee of around £45 million could be enough to secure the 19-year-old’s services, although Milan may try and hold out for more.

Donnarumma began his career with Milan in 2015, becoming the second-youngest goalkeeper ever to debut in Serie A, aged just 16 years and 242 days.

He has already made 125 appearances for the club in all competitions.

The goalkeeper made his senior international debut for Italy against France in September 2016 and has now been capped six times at senior level by his country.

Donnarumma has had a turbulent time of things over the past year, with fans singling him out for criticism after his agent Mino Raiola had secured a bumper new contract for his client last summer.

Mistakes in the Italian Cup final against Juventus did little to endear him to the Milan faithful and a move away from the club could be the best solution for all concerned.