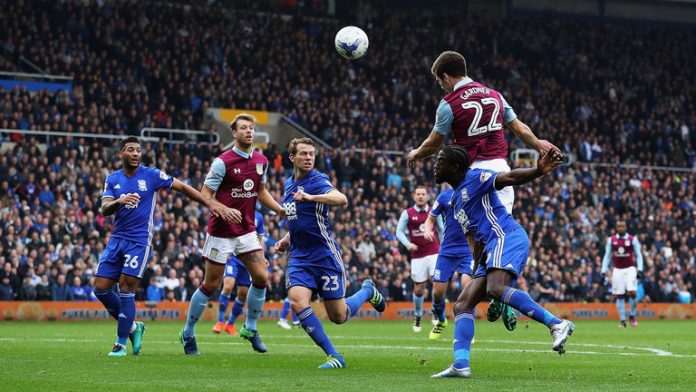 The two sides head into the weekend at opposite ends of the Championship table, with City down in 21st while Villa are riding high in 5th position.

Villa have held the upper hand over their big rivals in recent years, losing just one of their last 12 meetings.

Despite that record the former Leeds midfielder believes Birmingham will be fired up to put one over Steve Bruce’s side.

“It should be a fabulous occasion as St Andrew’s.

“Steve Cotterill was riding high after winning his first game in charge against Cardiff, but Birmingham came down with a bit of a bump at Millwall last week and he’ll want a reaction here.

“Aston Villa, meanwhile, are in the play-offs and they’ll want to continue to close in on the top two, but I feel like this will be a draw, albeit an entertaining one.”

Prutton has backed Villa striker Jonathan Kodjia to score first on Sunday, but he thinks the home side will fight back to secure a 2-2 draw.

That double can be backed at 60/1 and it’s a bet that should certainly give punters a run for their money.

The last two meetings at St Andrews between these two sides have ended 1-1 and that could be worth an interest at 11/2.