The pinnacle of club football, the Champions League final, will see two of the biggest names in the global game go toe-to-toe in Berlin on June 6 as Barcelona take on Juventus.

The final of European football’s elite competition is the most watched sporting event in the world, showcased by last year’s figures.

Tickets to attend the prestigious event start at €70 for the lowest category grading, with more desirable seats priced at €160, €280 and €390 respectively.

For most of us, watching the game on television is our only option, with viewers in good company.

The game will offer up massive incentives for the sides on show, with both teams able to round off potential trebles by winning after their respective dominance domestically.

However, despite the prestige of being crowned European football’s club champions, there is a significant monetary incentive attached to the world game’s top tournament.

The winners of the clash in Germany will be rewarded with a cool €10.5 million, with the runners-up collecting €6.5m to drown their sorrows. 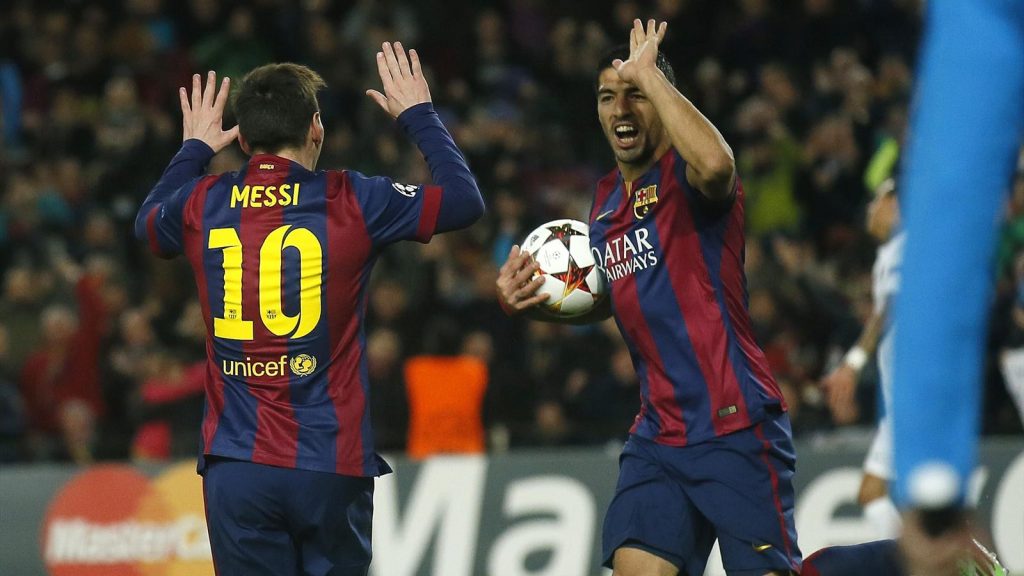 The figures for progression through the competition start to add up; competitors net €4.9m for reaching the semi-finals and €3.9m for quarter-finals qualification.

Just making it into the group stages sees participants land €8.6m even if they don’t win a game, while €1m is handed out per victory and €0.5m per draw in the pool. Making it through the group results in a €3.5m windfall.

As such, after examining their respective records in this season’s competition, Barcelona have already earned €25.9m before the final, with Juventus claiming €24.4m.

With the eventual winner being rewarded more than €35m, the financial reward of being Europe’s club champions becomes painstakingly evident.

These figures are set to increase for next year’s competition, with Uefa revealing that prize money will be bumped up further.

Television rights for the Champions League are distributed from a combined pot, with both Barca and Juve expected to make an extra figure in excess of €20m each on top of the prize money from their exploits on the pitch.

For Juventus, who have ambitions of landing Paulo Dybala and Edinson Cavani this summer, the increased income will be more than welcome.

Barcelona are currently serving a transfer ban but seem likely to need a replacement right-back for Dani Alves and have signed a marque player (Neymar and Luis Suarez) in each of the last two summers.

When it comes to world football’s current richest clubs, Real Madrid sit on top of the pile with the highest total income of almost €550 million per year.

The Camp Nou side are fourth on the list behind Manchester United and Bayern Munich, making €484.6m per year. The Italian champions come in at tenth place, earning €279.4m to bolster their coffers.

Despite the likes of Sergio Busquets, Andres Iniesta and Claudio Marchisio stepping out for their boyhood clubs in the competition final, most of the players that will feature have been added through great expense.

Looking at Barcelona, their expenditure on new players has been considerably more than Juventus’ over the last five years.

The Catalan giants have spent an approximate €402.7m on new players alone since the start of 2010, eclipsing the Turin-based side’s splurge of €307.1m.

However, Barcelona have also recuperated more funds through the sale of their stars, with the Camp Nou side receiving €221.8m since the turn of the decade.

Juventus on the other hand have made €125.8m from parting company with playing staff.

Looking at the cost of the respective starting XI’s also throws up some intriguing fixtures.

If the expected teams are selected, Barcelona’s team cost €248.5m to assemble, with Juventus splurging €119.7m to bring their XI together.

Gianluigi Buffon was the Italians’ most expensive acquisition, while Suarez holds that honour for the Catalans.

Although the game could go either way, it is clear to see that Barcelona are much more dominant financially than Juventus.

The Catalan club are valued at an estimated €2.9 billion, compared to the Bianconeri at €774m.

Of the players, Messi is the game and world’s highest earning footballer, with the four-time Ballon d’Or winner netting an estimated €65m per year through his salary and commercial interests.

A recent survey also revealed that Barcelona pay their players an average of £90,675 per week – the fourth highest in world sport behind Paris Saint-Germain, Manchester City and Real Madrid.

So there you have it.

The Champions League continues to grow in popularity, appeal and lucrativeness, with the eventual winner between Juventus and Barcelona set to benefit thoroughly both on and off the pitch.