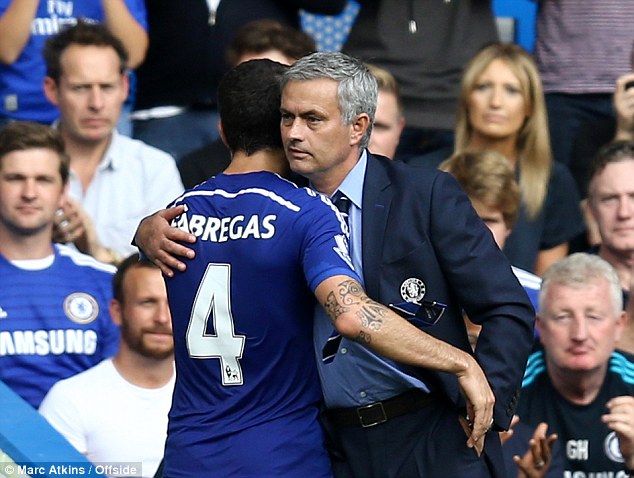 Chelsea manager Jose Mourinho has claimed that he was surprised to see Cesc Fabregas join Chelsea last summer. However the Portuguese has claimed that the Spaniard’s signing has helped change the profile of the West London outfit.

Fabregas who spent 8 years at Arsenal earlier in his career, secured a £30m switch to Stamford Bridge from Barcelona after Arsenee Wenger reportedly decided against making a move for the former North London club fan favourite.

Fabregas has been a tremendous acquisition for the Blues, being an integral part of the side who are atop the Premier League standings and looking good to secure the title come this May. Fabregas has so far bagged 15 assists and 3 goals in 24 league appearances.

Mourinho said, “As a kid he was fantastic. He played the final against us when he was 18, 19 and we had Michael Essien, Claude Makelele, Michael Ballack, Frank Lampard.”

“I never felt he could work with me as he was at Arsenal. When I was at Madrid, he was at Barcelona. It was unexpected for me that he wanted to come to Chelsea. It was fantastic for our team as he changed the profile of our team.”

“We were waiting for a player with his characteristics to change our profile and we’re happy with how he adapted. He’s happy playing for us as it’s a question when a player was at a rival club.”