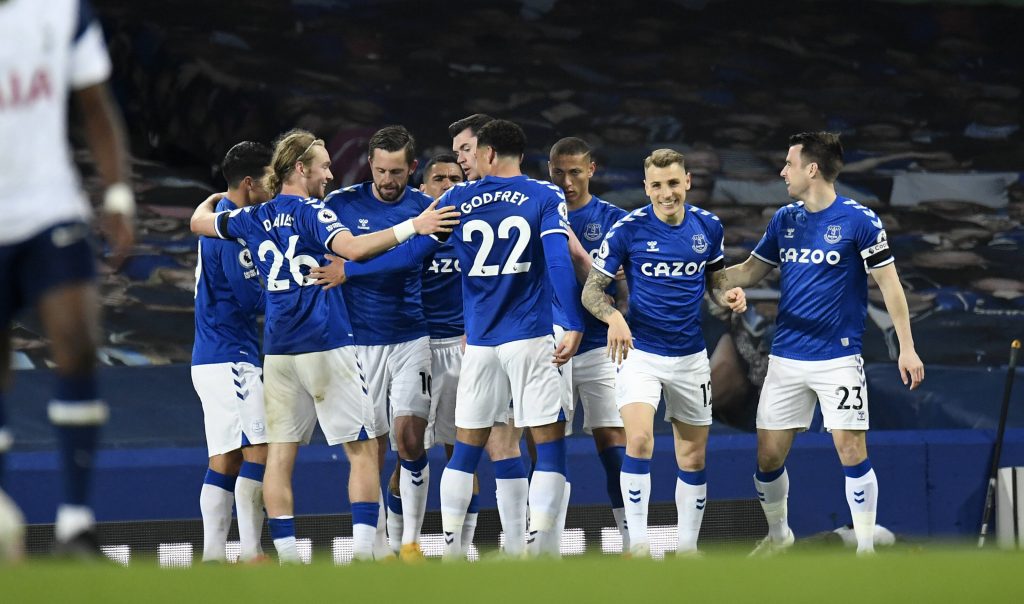 Everton manager Carlo Ancelotti has provided an injury update ahead of the clash with Arsenal on Friday, with five players set to return.

The Toffees have struggled with injury problems recently, with multiple important players missing.

As a result, Everton have often resorted to filling their bench with talent from their youth system.

That has left Ancelotti with very few options off the bench, which Everton could have benefitted from in recent weeks.

However, the Italian has revealed that five players will return to the squad ahead of Everton’s clash with Arsenal on Friday evening.

“Only Abdoulaye Doucoure and Jean-Philippe Gbamin are out,” Ancelotti explained, as quoted by the Liverpool Echo.

“But the rest are in good condition, so I think we are ready to fight for this final part of the season.

“The squad is much, much better. I have a lot of options. I am pleased and I am confident.”

💪 | @MrAncelotti says Calvert-Lewin, Mina, Bernard, Delph and Gomes are back and available to face Arsenal.#ARSEVE pic.twitter.com/Y1IjoHUrj4

SL View – Could this give Everton the edge over Arsenal?

While Everton are getting many first-team players back from injury for Friday’s game, Arsenal will be without a few of theirs.

Alexandre Lacazette will miss the game through injury, while Pierre-Emerick Aubameyang is yet to recover from malaria.

David Luiz and Kieran Tierney will also miss out due to knee injuries.

As a result, Everton could have a serious advantage going into this game.

After the plethora of chances Everton missed against Tottenham last week, the Toffees will hope Calvert-Lewin can rediscover his goalscoring form from earlier in the season.

Bernard could also offer another option on the wing, with Alex Iwobi failing to impress during recent outings.