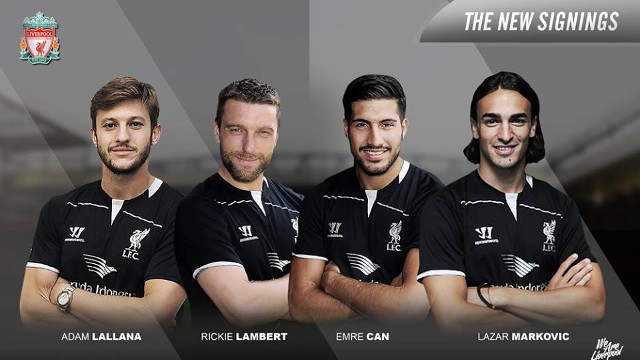 At the beginning of last season, few gave Liverpool a chance of breaking into the top 4. Regardless to say, practically no one gave them any chance of being genuine title contenders. Even individuals from within the club publicly stated that finishing in the Champions League places is top priority.

Midway into the season though, all that had changed. A resurgent Luis Suarez, back after a long-term ban, was scoring goals for fun. His partner-in-crime was the superb Daniel Sturridge, in a two-man attack that proved lethal for Liverpool. Manager Brendan Rodgers also promoted Raheem Sterling and Jon Flanagan from the reserves to the first team, while also transforming Jordan Henderson and Phillipe Coutinho into hugely influential figures in midfield. He also found a new role deep-lying role for captain Steven Gerrard, and the skipper had a fantastic season. The team was playing attractive football, scoring loads of goals and most importantly, winning football matches on a regular basis. 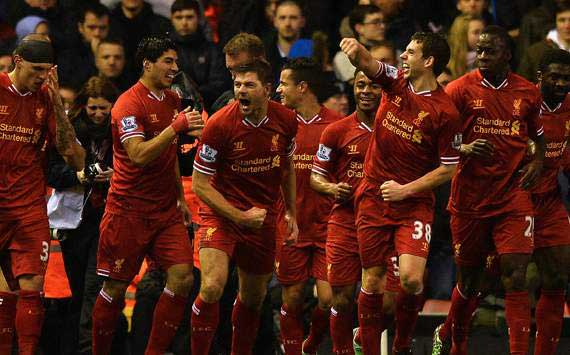 Liverpool came very close to upsetting the odds and winning the Premier League for the first time since it began in 1992. An 11-game winning streak towards the end of the campaign meant that they were favourites going into the last 3 games of the season. But alas, it wasn’t to be as Chelsea came to Anfield and won, thereby snapping the streak and giving Manchester City the advantage, one which Manuel Pellegrini’s side fully capitalised on.

Despite a season that ultimately ended in disappointment, Liverpool had plenty to be cheerful about. They had surprised everyone including themselves by going so close in the title race. It was something to build on and improve upon. The club haven’t won the league since 1990, but this was the closest that they have come til date.

The transfer window has been bittersweet for Liverpool. While bringing in some promising young talents, they have lost their best player in Luis Suarez. Suarez moved to Barcelona in a deal worth 75 million pounds in the summer, thereby dealing a hammer-blow to Rodgers’ side. The Uruguayan was at the centre of everything positive for Liverpool last season, winning the Premier League Golden Boot by scoring 31 goals, despite being out for a month and a half due to suspension.

The Reds have brought in Emre Can, Lazar Markovic, Rickie Lambert, Adam Lallana, Divock Origi and Dejan Lovren to Anfield so far.  There has been  a definite improvement in the squad depth, something that will be required this season with Liverpool competing in the Champions League as well.

The major weakness for Liverpool last season was their defence. The Reds conceded 50 goals during the campaign, which in the end, it led to their downfall. The partnership of Martin Skrtel and Mamadou Sakho proved extremely vulnerable. The signing of Lovren from Southampton is a great coup for Rodgers, as the Croatian proved his class with a solid season with the Saints last year. Also the capture of German midfielder Can from Bayer Leverkusen will prove very useful, as he excelled in a defensive role last year in the Bundesliga. Liverpool are also set to sign a couple more big names before the window shuts next month, with names like Marco Reus, Xherdan Shaqiri and Jay Rodriguez being mentioned.

The vacuum left by Suarez’s departure will prove more or less impossible to fill. But if the new signings provide solidarity and balance to the side, something that Liverpool lacked last season, then there is nothing to suggest that the Reds can’t challenge for the title yet again this season. If the defence can be shored up and the attacking prowess maintained, Rodgers will have a side capable of beating anyone.