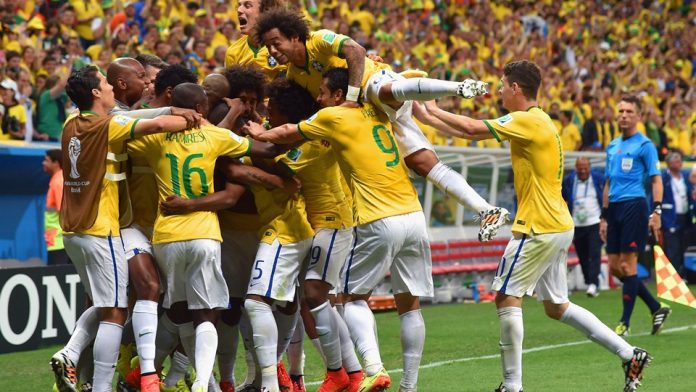 Braizil confirmed their passage to the knockout stages of the World Cup with victory over Cameroon, putting them on seven points, just ahead of Mexico on goal difference, at the top of Group A. Brazil will face Chile, the runners-up in Group B, in the next round on Saturday in Belo Horizonte. Mexico will meet the Dutch powerhouses who have been exhilarating to watch so far.

Inspirational striker, Neymar, looked threatening every time he got the ball and, as a result, was roughly treated by the Africans and in the end he was taken off after 70 minutes by Scolari, in a move to protect the precious cargo.

The Brazilian superstar is on almost every advert on TV right now and he is doing his talking on the pitch too, with 2 goals in this first half. The opener was a well placed tap in that he made look easy, from a Luiz Gustavo cross and the second was a great effort, largely made by Neymar himself, thundering into the Cameroon box and firing it coolly beyond Itanjde’s reach.

In between the Brazilian first half goals, Cameroon found an equalizer through Matip, linking up with Allan Nyom, who had rode his luck to not have his name in the referee’s book earlier, when he very unnecessarily pushed Neymar in the back, sending him tumbling into the camera-men.

In stoppage time at the end of the first half, Neymar pulled the tricks out but the attack ultimately fell to Hulk, who couldn’t get the ball out of his feet, and the end product failed to match the build-up. 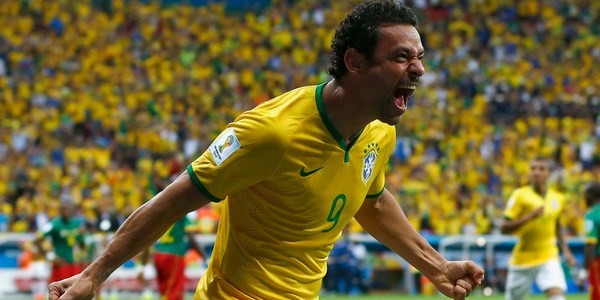 Fred finally got the goal he has been so desperately seeking in this World Cup, heading home David Luiz’s cross with ease. There was a hint of offside but the striker just about edged it in his favor.

Man City midfielder, Fernandinho, played excellently when he came on for Spurs man, Paulinho, working hard and carving out chances. His skillful build-up play led to Fred’s goal and then he combined sublimely with Fred and Oscar for the 4th, receiving a neat lay-up by the Chelsea man, which he hammered into the net.

The goal came at just the right time, with Brazil suddenly sitting level on goal difference with Mexico, who had gone 3-0 up in their game against Croatia. A goal against the Mexicans and Fernandinho’s goal put paid to any need for tie-breakers to be brought in though.

How far will Brazil’s momentum carry them?