Castrol EDGE Performance data shows how Xavi Hernández and Sergio Busquets’ passing skills were vital to Barcelona’s 2-0 win over Real Madrid (and before you ask, no, Castrol doesn’t award points for diving).

Sergio Busquets’ 129 successful passes against Madrid is the most seen in a Champions League game this season, while Xavi’s 122 is sixth in this list:

Most successful passes in a Champions League game this season:

As can be seen from the graphics of their passing below, the two players filled out different functions, with Busquets focusing almost exclusively on distribution to other players in the centre of the pitch, and Xavi seeking to get the ball out to the wings: 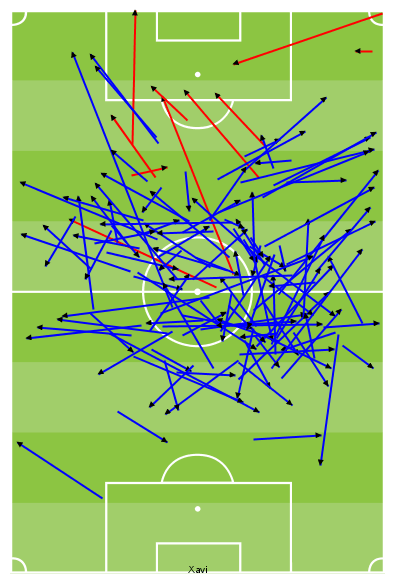 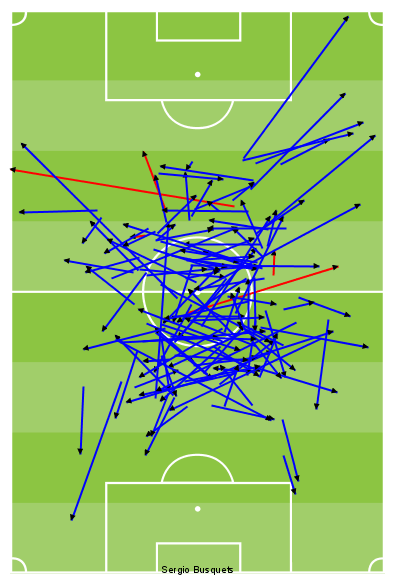