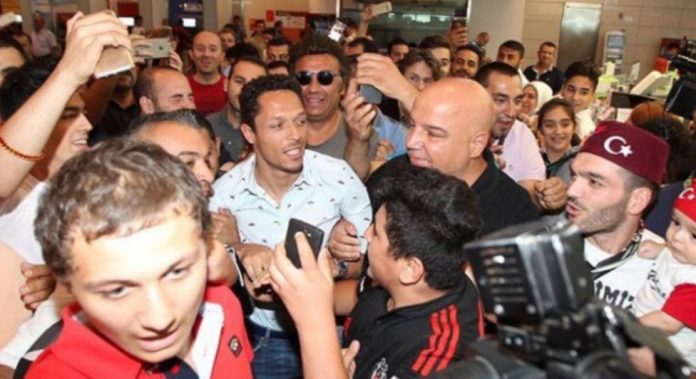 Barcelona full back Adriano is set to complete a transfer away from Camp Nou this summer.

The Brazilian defender has fallen out of favour under Luis Enrique and is closing in on a move to Turkish outfit Besiktas.

AS are reporting that Barcelona have already agreed a fee with the Turkish club and the player has arrived in Istanbul for his medical and to complete other formalities.

Adriano will sign a three year deal with Besiktas and Barcelona will receive a fee of 600,000 Euros for the South American in three installments.

The attacking left back was supposed to join Barcelona on their pre-season tour after being named in the 25 man squad.

The player was linked with moves to Liverpool, Lazio and Sunderland previously. The Reds were linked with the Brazilian last summer when Brendan Rodgers tried to sign another left back as an upgrade on Alberto Moreno.

Adriano was spotted in the Istanbul airport as the player arrived for his medical and AS are claiming that he was accompanied at Istanbul’s Ataturk airport by Besiktas club representatives, Umut Güner and Emre Kocadağ.