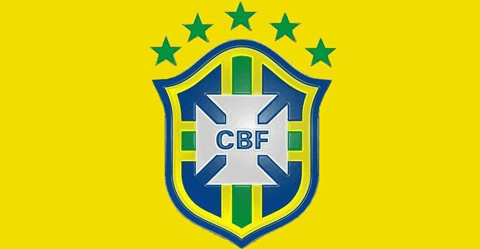 Brazil are widely accepted as one of the most entertaining football teams to watch in the world. They are the classic embodiment of everything which is great about football playing with smiles and entertaining the crowds.

Here are ten records for the Brazil national football team:

No other nation has won the World Cup more times than Brazil. They hold the record with five tournament wins; 1958, 1962, 1970, 1994 and 2002. They have appeared in every single listed FIFA World Cup with a staggering record of 67 wins from all of their matches.

The world famous Pele leads the list of top scorers with a total of 77 goals. This is 15 more than the great Ronaldo who finished his playing career with 62 goals for his nation. Romario is third on the list with 55 goals and Zico is fourth with 52. The totals then drop with Bebeto, fifth, on 39 goals.

Full back Cafu has played more international games for Brazil than any other player with 142 appearances.

Another full back, Roberto Carlos, is second on the list with 125 caps and central defender Lucio is third with 105 caps. Claudio Taffarel is the only other player to have topped 100 appearances with 101 caps.

Top scorer at the World Cup

Ronaldo has scored more goals at World Cup than any other Brazilian with a record of 15. He finished as top scorer at the 2002 World Cup.

His tally is three higher than the great Pele who scored 12 goals at World Cups for Brazil. Three players share third place with nine goals each at World Cups.

Cafu holds the joint record with French legend Zinedine Zidane for picking up the most cards at World Cups. He was booked a record six times during his various World Cup appearances which is more than any other player in the history of the tournament.

Brazilian coach Luis Felipe Scolari holds the record for the most World Cup wins in a row with 11. His record started when he led Brazil to the World Cup in 2002 without losing a single game and was maintained when he was coach of Portugal at the 2006 World Cup.

Most goals at Copa America

Zizinho is the joint top scorer in the history of the Copa America with 17 goals.

Argentine Noberto Mendez is the other player with 17 goals. Two other Brazilians appear on the list of all time top scorers in the Copa America; Ademir and Jair da Rosa Pinto both with 13 goals.

Bebeto and Romario are credited with creating the ‘baby’ celebration after the former scored against the Netherlands in the 1994 World Cup quarter-final. Both players imitated the cradling of a baby which is still used as a celebration by new fathers all over the world.

Brazil holds the world record for the largest live attendance ever seen at a World Cup final. When the final was played in 1950 between Uruguay and Brazil a mammoth crowd of 174,000 people attended the match – which is higher than any other final.